Meghan Markle and Prince Harry Got Spooked for Halloween

It takes more than just a scary Halloween costume to throw off Prince Harry and Meghan Markle. During their visit to Wellington, New Zealand on Monday, the Duke and Duchess of Sussex dropped by a local performance and rehearsal space to check out the city’s arts scene — and were welcomed at the entrance by a gruesome orc, of Lord of the Rings fame, decked out in an appropriately dramatic mask and ragged clothing. The Lord of the Rings movies were famously filmed in locations around New Zealand, which perhaps makes this choice of character especially apt for the area.

But although the orc told one reporter that the royal couple looked “quite scared” by his surprise appearance, they seemed to get along just fine with the spook, continuing on to take photos with the many elaborately-costumed attendees of the event at Courtenay Creative, including medieval soldiers, Day of the Dead skeletons and even a monkey. (The Duke and Duchess did not arrive in costume themselves.)

According to local news, Prince Harry and Meghan Markle were treated to a creative exhibition at the venue that showed off makeup, prosthetics, costumes and “mixed-reality” projects from students in the area. The pair are nearly done with their 16-day tour of Australia, Fiji, Tonga and New Zealand, with just two more days in New Zealand ahead of them before returning to London just after Halloween. 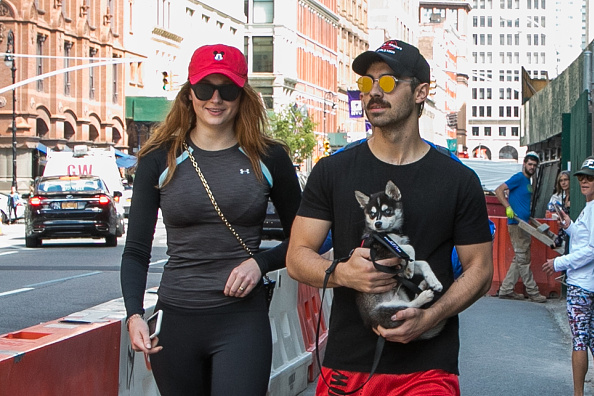 Sophie Turner's Fiancé Joe Jonas Dressed Up as Sansa Stark for Halloween
Next Up: Editor's Pick