Why Anti-Semitism Flourishes Whenever Hatred Thrives

People gather on a corner near the Tree of Life Synagogue in Pittsburgh, Pa., where a shooter opened fire, killing 11 people and wounding six others
Gene J Puskar—AP/REX/Shutterstock
Ideas
By Rabbi David Wolpe
Wolpe is the Max Webb Senior Rabbi of Sinai Temple in Los Angeles, the author of eight books and has been named one of the 50 most influential Jews in the world by the Jerusalem Post.

As I walked into synagogue Saturday morning a woman rushed up to me, “Rabbi did you hear what happened? We ran away from Iran to escape this.”

Half my congregation at Sinai Temple in Los Angeles are Iranian Jews who lost everything in fleeing Ayatollah Khomeini almost 40 years ago. Many of them still have nightmares. They know that you can run away from governments, but not from hatred.

Yet somehow it is always because they are Jews. And when the public discourse starts to rise to fever pitch, swastikas will start to appear and Hitler’s name will be invoked as a role model and Jews who complain will be told it is no big deal.

To many, Jews represent “the other.” To Louis Farrakhan, we are like “termites.” To Linda Sarsour Israelis must not be “humanized.” We are interlopers, the quintessential outsider who does not belong. So when the rhetoric against immigrants begins to rise, the rhetoric against Jews rises alongside it. In our age, saying horrible generalizing things about individuals or groups – that Mexicans are “rapists” or Muslims are terrorists – is too often acceptable and applauded. And when the circle is drawn close, Jews are on the outside. Anti-Semitic prejudices carry ugliness in their wake. A study by the Anti-Defamation League documents this tandem danger.

The Pittsburgh shooting was the crime of one individual. There is a great danger in making every tragedy proof of one’s political convictions. But the swirling current of divisiveness and hatred are obvious and painful. The hysteria of public discourse on both sides dehumanizes the other.

When I publicly thanked Muslim friends for their encouragement and show of support, I was asked if I was “naïve” or “really a Rabbi.” When individuals are lost and all we see are groups, compassion finds no foothold in the heart. Yet there are counter voices: J.K. Rowling retweeted a notice that the Islamic Center near the Tree of Life Synagogue has raised thousands of dollars for the victims, and the total is now over $55,000.

Anyone who scrolled through Twitter in the last day saw a parade of insult and recrimination. Every side seemed sure the other bore the responsibility for the actions of this solitary, evil man. I wondered how, as a person and a Rabbi, I can best help to heal and not add to the jangle of anger?

I reassure my congregants even as I face my own doubts. What is the best way to confront tragedy? How do I keep a community with such disparate views together? When so much of my work is visiting hospitals and performing weddings and funerals and counseling, what happens when suddenly the world blows up in your face and people look to you for an answer that no one has? Why do such things happen over and over and over again? How do we welcome the stranger and still feel safe?

The outpouring of support throughout the country, from all faith groups, has been heartening and beautiful. But Jews are mindful that the rise of hate crimes in the United States has been vastly, disproportionately against Jews. Anti-Semitic incidents was an almost 60% increase in 2017, according to the ADL. So I watched in surprise as TV commentators wondered whether synagogues should really have armed guards. Ours does, and has for a long time. Many synagogues do. We are not naïve about the possibility that hatred will lead to violence. But that is not the society we wish to be.

The time for analysis is after the time for weeping. Once again as we watch in horror at the murdered and wounded in Pittsburgh, the words of the Israeli poet Amir Gilboa return to us:

There will be denunciations and politics and recriminations. Now our dead lay before us. Let us do them the honor of recognizing that Jewish blood is not expendable – it is blood, not color. It is the life force of a remarkable people that yesterday was cruelly spilled on the floors of a sacred sanctuary.

Today all over the world, Jews will gather to pray to the God who has repeatedly tested them, demonstrating yet again that despite the tragedy of yesterday and the trials of tomorrow, we will endure. 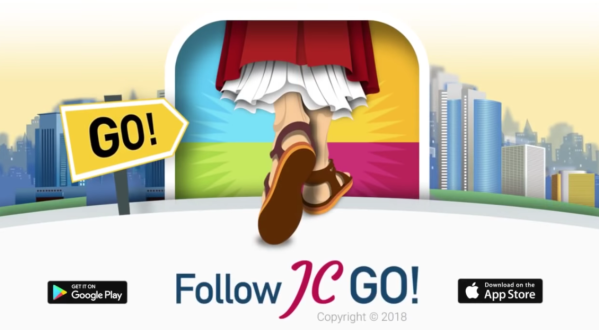 The Catholic Church Has a Version of Pokémon Go Just for Catching Saints
Next Up: Editor's Pick