The mass shooting during services at a Pittsburgh synagogue Saturday is shining a spotlight on the social media platform Gab after the company admitted the alleged gunman may have used it to post hateful anti-Semitic and anti-immigrant screeds.

Gab, which is headquartered in Philadelphia, was founded as a “free speech” alternative to Twitter, but has been branded by some as an echo-chamber for racism and hate, especially after white supremacists like Richard Spencer began using it. The site had amassed about 480,000 users, Wired reported in July. In comparison, Twitter has over 300 million active users on a monthly basis.

“We’re very worried about people’s rights,” Utsav Sanduja, Gab’s then-Chief Operating Officer, told Vice earlier this year. “A lot of political speech is being labelled as hate speech and is simply being wiped off the map.”

The former employee told TIME he thought it was important for sites like Gab to exist.

“Frankly, I would rather have that sort of content above ground as opposed to being underground,” Sanduja said. “When you censor people and deprive their rights to speak freely, unfortunately, some of them go criminal, and they go underground.”

That commitment to unfettered free speech has made it popular with many fringe right-wing groups, include the so-called alt-right.

The Anti-Defamation League, an organization devoted to fighting anti-Semitism, named Gab in a recent report on anti-Semitism in social media in the run-up to the 2018 midterms.

“A staggering expansion of online harassment coincided with, and arguably fomented, the increase in online anti-Semitism,” it reads. “Fringe Internet communities, such as 4chan, 8chan, and Gab allowed for the propagation of such ideas, which quickly spread to Twitter, Reddit, and other mainstream online communities.”

A Gab account registered to Robert Bowers – the same name as the suspected gunman in Saturday’s shooting at Tree of Life Congregation – posted and reposted several anti-Semitic statements.

Hours before the shooting, in which 11 people were killed and six wounded, one post said, “HIAS likes to bring invaders in that kill our people. I can’t sit by and watch my people get slaughtered. Screw your optics, I’m going in.” HIAS, the Hebrew Immigrant Aid Society, is a nonprofit that seeks to assist refugees.

In a statement sent to TIME, Gab said it suspended the account under Bowers’ name and referred it to federal authorities.

“Shortly after the attack, Gab was alerted to a user profile of the alleged Tree of Life Synagogue shooter. The account was verified and matched the name of the alleged shooter’s name, which was mentioned on police scanners. This person also had accounts on other social networks,” Gab said.

The statement also said that the site rejects acts of violence.

“Gab unequivocally disavows and condemns all acts of terrorism and violence. This has always been our policy,” the network said.

Meanwhile, Gab’s Twitter account is boasting about the traffic it received Saturday as news of the shooting spread.

“We have been getting 1 million hits an hour all day,” one tweet read.

This is not the first time Gab has been in the news.

In the past, Gab has claimed it was repeatedly blocked from promoting its app on the Apple and Google Play app stores. In fact, the site sued Google for refusing to list it.

“Apple is asking Gab to censor ‘objectionable content’ while allowing this same content to exist in much higher volumes on every major social channel,” Gab CEO Andrew Torba told Inc. in 2017. “Our app is being held to a much higher level of scrutiny than other social-networking apps.”

Additionally, after the shooting, PayPal banned Gab from its payment platform. A PayPal spokesperson confirmed the ban to the Verge, citing a policy that forbids hate and intolerance. “The company is diligent in performing reviews and taking account actions. When a site is explicitly allowing the perpetuation of hate, violence or discriminatory intolerance, we take immediate and decisive action,” the Verge reports PayPal said. 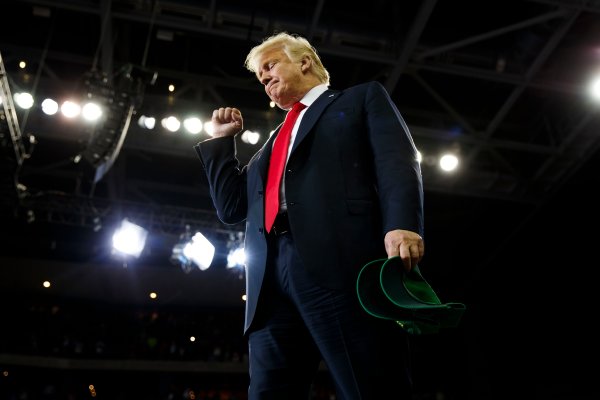 The Little-Known Story of Donald Trump’s First Tweet
Next Up: Editor's Pick