Leaders of a Pittsburgh synagogue less than a mile from Tree of Life Congregation are refusing to let Saturday’s tragic shooting stop them from practicing their faith.

Temple Sinai will be open for Sunday Hebrew school services – one day after 11 people were killed by a gunman during services at Tree of Life in the close-knit Squirrel Hill neighborhood – the historic center of Pittsburgh’s Jewish community.

However, Drew Barkley, Temple Sinai’s executive director at Temple Sinai, said he will be taking new precautions after the shooting.

“I spent a good part of the afternoon hiring armed security to be there. We’re not going to be deterred,” Barkley tells TIME. “The sad part is that people are waiting to find out who the dead are because it’s such a close knit community there’s like one degree of separation and chances are everyone will know at least one person who died.”

Shortly after the shooting President Donald Trump told reporters he believed an armed guard could have prevented many of the casualties.

“It’s a world with a lot of problems,” he said. “Certainly you want protection. They didn’t have protection; they had a maniac walk in.”

Alvin Berkun, rabbi emeritus at Tree of Life and a Pittsburgh police chaplain, told KDKA-TV that Tree of Life hired off-duty police officers for the high holidays, “but on a normal weekend we don’t do that.”

Barkley says the shooting came without warning. The Jewish Federation of Greater Pittsburgh employs a former FBI agent who works as a security adviser. Barkley said the agent is constantly in touch with the Department of Homeland Security, the FBI and the Anti-Defamation League to keep an eye on threats, alerting Jewish leaders if there is any reason for concern.

“Other than isolated silly vandalism type things there’s been no uptick here in Antisemitism more than normal, and I don’t know even what normal is,” Barkley says. “Nothing comes to our awareness that anything was going on, no vandalism, no letters that were sent. This was totally out of the blue.”

“The neighborhood is heartbroken,” Kolb tells TIME. “This neighborhood is also one of the oldest Jewish neighborhoods in the U.S. and as a Christian community we are standing in solidarity with our Jewish friends and family who, too often, are the victims of violence and hate speech.”

He says the general mood is one of shock as details continue to be released about victims.

“I don’t even believe that all of the families have been notified of the dead and I know that there are still some that are in urgent medical crisis being treated, so shock is what my Jewish colleagues are saying at this point.” Kolb says.

Barkley also says that the community is shaken by this morning’s shooting.

“Right now people are in shock because this is a city where you can walk just about anywhere, anytime of day and feel safe,” Barkley says. “My wife asked me today, ‘What happened to our Pittsburgh?’ but it’s already starting to come together.”

Barkley says he believes a Bris service was being held at the time of the shooting — a ceremony held on the the eighth day of a baby’s life that includes a ceremonial circumcision or baby naming and blessing, depending on the gender of the baby.

“One way or another there was a young family there with probably an 8-day-old or young infant there for what was supposed to be a very happy event,” he says. 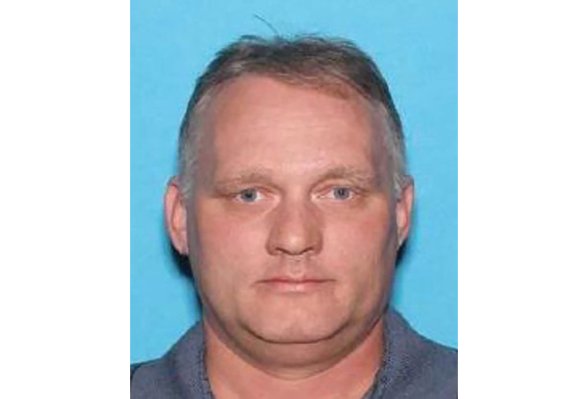 What to Know About the Synagogue Shooting Suspect
Next Up: Editor's Pick