Mail Bombs Rocked American Politics a Century Ago. Here's What a Historian Thinks That Moment Has to Teach Us

After a week during which 13 packages containing explosive devices were intercepted on their way to prominent figures associated with the Democratic Party, authorities arrested suspect Cesar Sayoc on Friday. Although the apprehension may lead to some answers, authorities have warned that more mail bombs could still be working their way through the postal system, and the questions and anxiety that filled many Americans’ minds this week are unlikely to have abated.

For Beverly Gage, a professor of history at Yale and the author of The Day Wall Street Exploded: A Story of America in Its First Age of Terror, which examines an anarchist bombing that took place in 1920, the week’s news has also brought something else to mind: a spate of package bombs that frightened the nation almost exactly a century ago, around May Day of 1919.

Targets included John D. Rockefeller, J.P. Morgan, Attorney General A. Mitchell Palmer, Supreme Court Justice Oliver Wendell Holmes and dozens of others. This was, Gage says, one of American history’s earliest major incidences of mail bombs making news. Among of the first to receive the bombs was Seattle Mayor Ole Hanson, seen as an enemy to labor. He was out of town when his office received a neatly wrapped package with the return address of a department store, which contained what the New York Times called an “infernal machine of sufficient power, according to the police, to blow out the entire side of the Country-City Building.”

“It was a coordinated mail-bomb campaign. It targeted a pretty wide range of people but the political intent, I think, was fairly obvious at the time,” Gage tells TIME. “They were sent out in identical packaging with the same return address, Gimbels department store. And like this latest campaign, those bombs mostly did not go off, though one of them did really seriously injure a maid of a [former] Senator. Most of them were found in the New York post office for lack of postage.”

At the time, the United States was swept up in a moment of political turmoil, “another moment in which many people were quite concerned that the country was coming apart at the seams,” as Gage puts it. The public quickly assumed that those behind the bombings were anarchists or left-wing radicals, given the political context, the targets and the technique. Though nobody was prosecuted for the April 1919 mail bombs, Gage says history suggests that supposition was correct. Evidence indicates that the same group that orchestrated the mail bombs — believed to be the Galleanists, the followers of Italian anarchist Luigi Galleani — was behind the more damaging bombings of June 2, 1919, when explosive devices were placed in eight major American cities on the same day. (Interestingly, Nicola Sacco and Bartolomeo Vanzetti, who were famously and controversially executed for something separate, were connected to the Galleanists.)

The June bombings precipitated the Palmer Raids and a major Red Scare as federal investigators attempted to locate and expose anarchists across the nation. That period would become known for its draconian ruthlessness toward those perceived to be subversives, which led to mass arrests and the deportation of radicals; TIME once observed that the Palmer Raids “made McCarthyism a generation later seem a model of tolerance.” In fact, the raids were so harsh that they were later seen as a turning point toward mainstream opposition to such tactics.

“The debate over those bombs became in part a debate about finding the person or people who sent them, which never really happened, and in part it became just a way of talking about all sorts of much larger political issues,” Gage says.

There are plenty of differences between this week’s attempted bombings and those of 1919. The event from a century ago was probably perpetrated by a group; the suspect identified Friday is a single man. It seems unlikely that anarchism would have been the ideology motivating the more recent attacks. (Although officials have not said anything about the motive behind them, the suspect’s social media accounts indicate that he circulated some right-wing conspiracy theories and supports President Donald Trump.) And the context is different in another crucial way, too: Gage agrees with other experts that political violence is simply less of a problem now than it once was. There have certainly been major incidents of violence in recent American history, and it can feel as if the problem is at a high point, but that kind of political violence is less frequent than it has been at points in the past. “We have other kinds of violence to worry about,” she adds.

“Part of it is because, I think, on the left it has become much less legitimate than it once was to take up arms, to fight for revolution. They were revolutionaries and that’s what they meant. Today there’s much less of a culture of that; certain left-wing traditions have really moved very away from violence,” Gage says. “Some of it has to do with the fact that a lot of that violence a century ago was racial violence — mass lynchings, racial pogroms of one sort or another — and a lot of it took place in the context of labor struggles in which employers and workers were often just killing each other, engaged in direct warfare.”

Over the years, all of those forms of violence have moved away from the mainstream, even as the problems that drove them have remained unresolved. But that doesn’t mean 1919 doesn’t have anything to teach Americans today, as the nation struggles to process the week’s news.

One such lesson is about what the people behind such a bombing campaign hope to achieve. Though it is not yet known exactly what motivated the person behind this week’s mail bombs, Gage says it’s worth noting that, historically, such acts have sometimes been motivated by the idea of an elite conspiracy. A person who believes that a secretive cabal is at work might attack as a way of exposing it; the bombs, Gage says, work “as a way to name the people they conceive to have been part of that conspiracy.” In the case of 1919, then, the targets of the packages were connected by a general affiliation to certain political ideas — for example, anti-labor industrial interests — but the person who singled out those individuals could have believed that they held the key to something deeper than a general affiliation.

“Sometimes the hope is that you will actually injure or assassinate the people that you’re sending the devices to, but it’s also a way of sending a message, destabilizing and frightening people,” Gage says. “Often it’s as much about the message that is being delivered as it is about an actual faith that all of these people are going to be personally injured in the end.”

Another lesson, Gage says, is about what comes after the bombings end — and that’s a lesson that now becomes even more important, with a suspect in custody.

“Often there’s a distinction between domestic terrorism and terrorism from a foreign source, but I actually think there’s something else to think about, which is that most acts of violence like this happen in the context of some larger politics or larger movement. What the people who are in that movement understand their relationship to that act of violence to be can have a pretty wide range of historical examples,” she says. “Do people embrace it as an expression of their politics, albeit an extreme one? Do they reject it? Does it become a moment of delegitimizing or of affirmation of that larger politics? It’s played out in a lot of different ways according to the historical and political context, and it’s not clear to me which one this will be yet.” 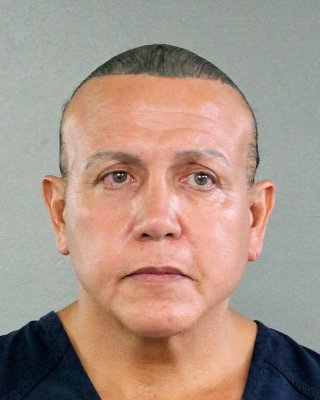 What to Know About the Mail Bomb Suspect
Next Up: Editor's Pick