Senate Judiciary Chairman Chuck Grassley has referred attorney Michael Avenatti and his client Julie Swetnick to the Department of Justice for a criminal probe into whether they gave “materially false” statements to Congress during the confirmation of Justice Brett Kavanaugh and intentionally attempted to obstruct the process.

“I don’t take lightly making a referral of this nature,” Grassley said in a statement. “But ignoring this behavior will just invite more of it in the future.”

Avenatti released a sworn deposition from Swetnick on Twitter Sept. 26, alleging that Kavanaugh was present at a party in high school in which she was gang raped, and that she had witnessed Kavanaugh spiking drinks with alcohol during parties. Swetnick was the third woman to come forward accusing Kavanaugh of sexual misconduct, but Swetnick’s account was the only one of the three that did not emerge through a journalistic report. Kavanaugh denied the allegation and said he did not know her.

Grassley argues in the letter of referral, addressed to Attorney General Jeff Sessions and FBI Director Christopher Wray, that the evidence from the false statements in the deposition came from Swetnick herself, in an interview with NBC News.

“In sum, the sworn statement Mr. Avenatti submitted to the committee on behalf of Ms. Swetnick claimed she had “personal knowledge” that Judge Kavanaugh spiked punch with drugs and alcohol at house parties in 1981-83 in order to cause girls to become incapacitated so that lines of boys would sexually assault them. She later contradicted each of those claims in her interview with NBC,” the letter reads.

Avenatti responded in a tweet early Thursday evening, saying he and his client were prepared for an investigation.

Grassley also alleged in the letter that both Swetnick and Avenatti have “substantial” credibility issues, citing reporting that Swetnick had previously made a false claim in a personal injury lawsuit, and highlighting Avenatti’s legal disputes with former partners at his law firm and his business venture, Tully’s coffee, (Avenatti purchased Tully’s through a company called Global Baristas, which he created in 2012. He told TIME this week that he sold the company for $27 million “a long time ago,” although he doesn’t remember when, and had nothing to do with the company’s recent issues.)

Kavanaugh, was confirmed to the court earlier this month, following a contentious process that concluded with an FBI probe into allegations of sexual assault from two women: Christine Blasey Ford and Deborah Ramirez. Ford alleged that he sexually assaulted her when they were in high school, and Ramirez that he exposed himself to her in college. Swetnick’s allegations followed shortly afterwards, but were not part of the FBI investigation. Avenatti repeatedly claimed during the investigation that they should have been.

Read More: Michael Avenatti’s Past Won’t Stop Him From Running in 2020

“When a well-meaning citizen comes forward with information relevant to the committee’s work, I take it seriously. It takes courage to come forward, especially with allegations of sexual misconduct or personal trauma. I’m grateful for those who find that courage,” Grassley said in the statement accompanying the release of the letter. “But in the heat of partisan moments, some do try to knowingly mislead the committee.”

The Department of Justice did not immediately respond to request for comment.

In a pair of tweets Thursday afternoon, Avenatti called Grassley’s referral “ironic,” arguing that it was a total contrast from his reluctance to investigate Kavanaugh. “We welcome the investigation as now we can finally get to the bottom of Judge Kavanaugh’s lies and conduct. Let the truth be known,” he wrote. “Maybe if Grassley was actually a lawyer that knew something about the law, he would realize what he has done. He just opened up Pandora’s box as it relates to Justice Kavanaugh’s conduct. It is Christmas in October!” 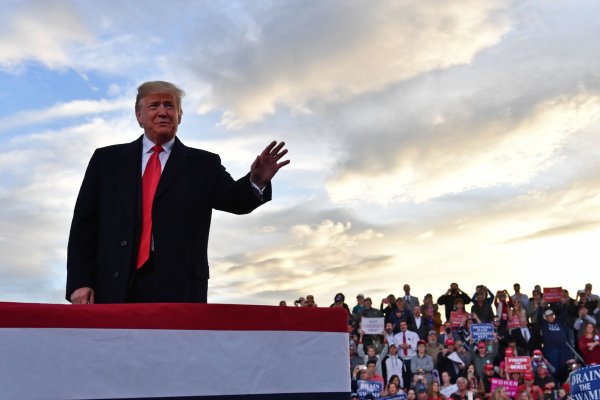