America Is Polarized. It’s Why We Have to Start Listening to Each Other

Partisanship is nothing new. I grew up in a household where appliances that broke had “gone Democrat” on us. My family came by it honestly. Hoovers didn’t like Democrats because of Franklin Delano Roosevelt’s libelous partisan attacks on my great-grandfather Herbert Hoover, tethering him to the Great Depression. This personalization of hard times transformed the humanitarian hero of World War I into a villain of economic depravity. That reputation stuck for at least 70 years. The bitterness of the battles between conservatives and the Clintons and Obamas seem tame by comparison.

Our media have always been partisan too. After all, Philip Freneau’s National Gazette, at the behest of James Madison and Thomas Jefferson, attacked the Administration of the first American President, George Washington. Most newspapers in the 19th century were explicitly, even rancorously partisan.

But something has changed in American today. There is anger and hate and vitriol everywhere we look, with people isolated in their partisan echo chambers. The good news is that America as a whole isn’t as deeply polarized as we may seem. It’s a problem only for the most politically engaged of us. And those who make a hobby of their hyper-partisanship make up an even smaller number.

Call it the new 1%. Consider that the top-rated cable-news program on Fox News’ prime time receives 3 million viewers on a good night. In a country of 325 million, those most engaged with right-wing partisan media are just shy of 1% of the country’s population.

But they’re a powerful 1%, as Republican Senator Ben Sasse of Nebraska learned when his political base saw Sean Hannity endorse him in 2014 and then retract that endorsement when he criticized President Trump three years later.

The partisan news allows this small portion of the electorate to have disproportionate influence on members of Congress, pulling them further toward the right or left. Few people in this group are listening to anything outside their cocoon of comfortable information.

That’s what spurred Jeanne Safer, a psychotherapist and couples’ counselor, to start a podcast, I Love You, but I Hate Your Politics. Safer has plenty of experience with mixed-marriage political divides–a liberal New Yorker, she’s married to longtime National Review editor Richard Brookhiser. In her view, the solution is not just to talk but to listen, remembering that the love uniting us should be bigger than the opinions dividing us. Or take the example of Ken Stern, the former CEO of NPR who wrote a book, Republican Like Me, that is a thoughtful tale about transcending political divides by getting outside our bubbles.

The answer in both examples is that listening takes a certain skill. The key, as I’ve also learned from my mixed political marriage, is listening with a generous assumption that the other’s views are informed by good intentions. Too many of our conversations in the media hinge on conflict delivered in three-second sound bites. To function as a democracy we are going to need to listen in a spirit that presumes our political opponents are engaged in civic debate for the same reasons we are–they care about the country, their communities, their families and their neighbors.

The other requirement for effective listening is time. To effectively debate ideas and discuss complicated issues takes time. It’s as simple as that. The emerging popularity of long-form content–from podcasts to Oxford-style debates like Intelligence Squared–reveals that giving ideas time to air, to be developed, defended and challenged is key. The goal isn’t to avoid contention. Some of the most iconic moments in American history, from the Constitutional Convention to the Lincoln-Douglas debates, revolved around polarizing arguments that went to the heart of who we are as a nation. But they also took time. If three-hour Lincoln-Douglas-style debates are far-fetched for our news cycle, maybe it’s worth reconsidering, given how little the three-second sound bite has done for us.

Giving our fellow citizens time to truly engage in a constructive contest of ideas, while assuming best intentions, will take us a long way to mending our hyperpartisan media and politics. 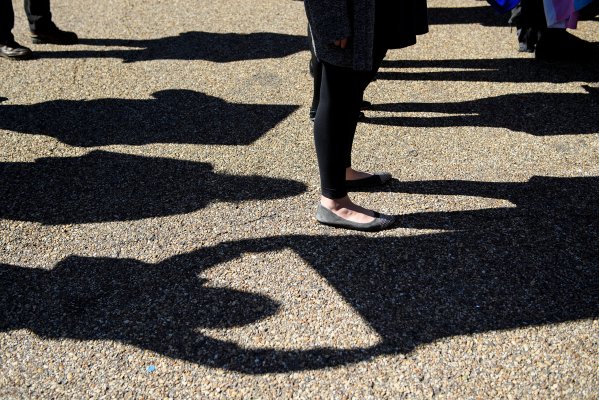 There’s Nothing Virtuous About Finding Common Ground
Next Up: Editor's Pick