Activists for the LGBTQ community protest the Trump administration Oct. 22, 2018 in Washington, D.C.
Brendan Smialowski—AFP/Getty Images
Ideas
By Tayari Jones
Tayari Jones is the author of the novels An American Marriage, Silver Sparrow and The Untelling, and a professor at Emory University

The first time I found myself facing a political dilemma was in the year 1976; I was 5 years old. My parents were what we used to call “movement people,” veterans of the civil rights movement who leaned toward black nationalism and pan-Africanism. My name, Tayari, was brought back from a family friend’s research trip to Kenya. Tayari means “ready” in Kiswahili, an East African lingua franca. My older brother, Patrice Lumumba, was named after the African nationalist and first Prime Minister of the Democratic Republic of Congo, who was assassinated in 1961. My folks were not coy about raising us with an agenda.

In 1976, I was very concerned with South African apartheid. Tacked to the wall in our wood-paneled basement was a poster depicting a woman who carried a baby on her back and a rifle strapped across her chest. The caption announced: She fights on the side of African Freedom–Gulf finances the other. Boycott Gulf. I was intrigued with this mother and moved by her efforts to protect her child. Then, in June of that year, Soweto happened. An estimated 20,000 black South African students staged a demonstration, and they were gunned down by the police. Reports said the number killed was somewhere in the neighborhood of 23, but my father and his friends insisted that the number had to be many times that. In my understanding of the world then, I put the blame squarely on Gulf gas.

Later that summer, I received an invitation to go to the zoo from a little girl I liked very much. To get ready for the outing, I put on my zoo clothes: a terry romper and sandals. The other child’s mother picked me up and buckled us in the back seat. I was vibrating with excitement. The Atlanta zoo was home to a giant gorilla, Willie B., who was a local celebrity. I was chattering away and wondering if we would be allowed to pet him.

Then my friend’s mother pulled into a gas station. I looked up and saw the Gulf gas logo. At first I assumed that she didn’t know about apartheid, that she had never seen the famous photo of little Hector Pieterson shot dead and carried by an 18-year-old boy. So I explained the situation, and I explained that Gulf gas supported apartheid. “They kill children,” I added.

My friend’s mother was not moved. “Gulf gas is around 60¢ a gallon,” she said, screwing off the gas cap.

As she pumped the gas, I watched the numbers on the dial spin and imagined army tanks and soldiers plowing into a crowd of kids. There was only one response. I got out of the car, refusing to ride in a vehicle fueled by Gulf gas. I crossed my arms over my chest and cried. I felt frustrated that she wasn’t swayed by my reasoning, and I knew that some adults didn’t really listen to kids. But more than that, I was sorry that I wasn’t doing anything to save the children of South Africa.

I recall this experience now, over 40 years later, as we are in a political moment where we find ourselves on opposite sides of what feels like an unbreachable gulf. I find myself annoyed by the hand-wringing about how we need to find common ground. People ask how might we “meet in the middle,” as though this represents a safe, neutral and civilized space. This American fetishization of the moral middle is a misguided and dangerous cultural impulse.

The middle is a point equidistant from two poles. That’s it. There is nothing inherently virtuous about being neither here nor there. Buried in this is a false equivalency of ideas, what you might call the “good people on both sides” phenomenon. When we revisit our shameful past, ask yourself, Where was the middle? Rather than chattel slavery, perhaps we could agree on a nice program of indentured servitude? Instead of subjecting Japanese-American citizens to indefinite detention during WW II, what if we had agreed to give them actual sentences and perhaps provided a receipt for them to reclaim their things when they were released? What is halfway between moral and immoral?

When we revisit our shameful past, ask yourself, Where was the middle?

The search for the middle is rooted in conflict avoidance and denial. For many Americans it is painful to understand that there are citizens of our community who are deeply racist, sexist, homophobic and xenophobic. Certainly, they reason, this current moment is somehow a complicated misunderstanding. Perhaps there is some way to look at this–a view from the middle–that would allow us to communicate and realize that our national identity is the tie that will bind us comfortably, and with a bow. The headlines that lament a “divided” America suggest that the fact that we can’t all get along is more significant than the issues over which we are sparring.

I identified with the murdered schoolchildren of Soweto because I was a schoolchild. This was more salient to me than the fact that I was black and they were black. I felt personally invested in the safety of kids in schools. If they could be gunned down, how could I be safe? There was no middle ground between me and the woman pumping the gas. She was looking to her pocketbook. And who am I to say what difference a few dollars might have made in her life? But all I knew was that children were being killed in South Africa.

Now I understand that my experience at a public school was literally an ocean away from the brave children of Soweto. However, my empathy with them was complete. Many people understand politics as merely a matter of rhetoric and ideas. Some people will experience wars only in news snippets, while the poor and working class that make up most of our volunteer army will wage war, and still others far and not so far away will have war waged upon them. For the people directly affected, the culture war is a real war too. They know there is no safety in the in-between. The romance of the middle can exist when one’s empathy is aligned with the people expressing opinions on policy or culture rather than with those who will be affected by these policies or cultural norms. Buried in this argument, whether we realize it or not, is the fact that these policies change people’s lives.

As Americans, we are at a crossroads. We have to decide what is central to our identity: Is the importance of our performance of national unity more significant than our core values? Is it more meaningful that we understand why some of us support the separation of children from their parents, or is it more crucial that we support the reunification of these families? Is it more essential that we comprehend the motives of white nationalists, or is it more urgent that we prevent them from terrorizing communities of color and those who oppose racism? Should we agree to disagree about the murder and dismemberment of a journalist? Should we celebrate our tolerance and civility as we stanch the wounds of the world and the climate with a poultice of national unity?

For the people directly affected, the culture war is a real war too

Back to the gas station on that summer day. My father was summoned to come and collect me. He picked me up, and I buried my face in his neck and sobbed. He told me to thank my friend and her mother for the invitation. I blubbered the words with quivering lips. But he didn’t tell me to say I was sorry. My father was then, as he is now, a man of great civility, but he is also a man with a steady moral compass.

On the drive home, I cried all the way. My zoo clothes were ruined, and I was pretty sure that my little friend would never invite me out again. To soothe me, my father took me out for an ice cream cone, but I couldn’t bear to eat it. As it melted in sticky rivulets, my father simply said, “I’m proud of you, Tayari.”

At the time, I took no comfort in his approval. But lessons of that day are more urgent to me now. Today my more nuanced understanding of the world has underscored what I understood at the gas station. Compromise is not valuable in its own right, and justice seldom dwells in the middle. 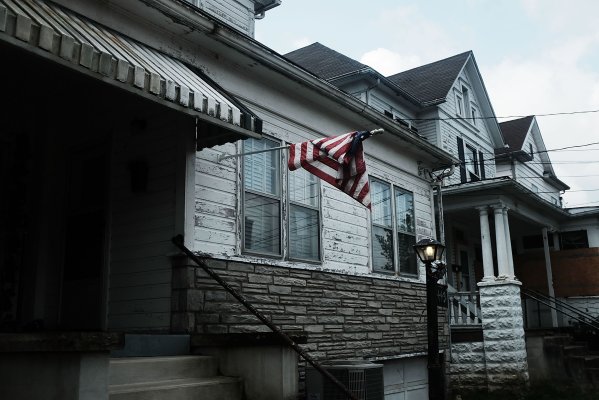 Why Anger Is a Wasted Emotion
Next Up: Editor's Pick