How the College Basketball Corruption Verdict Could Help End Amateurism

A little more than a year ago, federal attorneys and the FBI — to much fanfare — unveiled their findings from a two-year investigation into corruption in college basketball. Assistant coaches and sneaker company reps and aspiring agents were arrested. Officials shared tales of illicit money sloshing around the sport in order to attract certain players to certain schools.

On Wednesday afternoon, the feds achieved their biggest win of the effort to date. A jury found three defendants — two former Adidas employees and an aspiring sports agent — guilty of wire fraud and conspiracy to commit wire fraud after a three-week criminal trial at the Daniel Patrick Moynihan U.S. Courthouse in New York City. James Gatto, Merl Code (the ex-Adidas reps) and aspiring player rep Christian Dawkins will be sentenced in March. (They will likely appeal the case.) On the surface, the verdict appears to count as a huge victory for the NCAA’s amateurism rules, which prevent college athletes from earning money from their schools, or from third-parties, for playing their lucrative sports. Paying players now appears to be a federal crime; NCAA regulations now appear to be enforceable by federal law.

This case was a head-scratcher from the start. As TV rights agreements and other business deals plow millions of dollars into college sports, more and more people have argued that amateurism is outdated. While coaches and other stakeholders get rich, don’t the players who actually attract the audience deserve their fair share? Former college players are challenging amateurism in federal court, arguing that prohibitions against players earning salaries and third-party sponsorship violates anti-trust law. And while one arm of the federal government hears out amateurism, another swoops in with a criminal prosecution that equates paying players with corruption. This reeks of government overreach. Why are the feds doing the NCAA’s bidding and enforcing its amateurism rules?

Meanwhile, federal prosecutors argued that the defendants defrauded colleges by paying players, since those payments violated NCAA rules and would make them ineligible to suit up for their schools. In effect, the defendants denied the schools the services of these athletes. So the schools were in essence the victims of a federal crime. The jury, by handing down the guilty verdict, agreed with this reasoning.

But at the same time, the NCAA can use evidence unearthed at the trial to punish the institutions supposedly wronged here. For example, former Adidas associate T.J. Gassola testified that he paid the family of former Kansas player Billy Preston $89,000 and the guardian of current Kansas player Silvio De Sousa $2,500 for online classes. Gassola also testified that a Maryland booster paid De Sousa’s guardian $60,000. Kansas announced that De Sousa has been pulled from the team, pending an eligibility review. The NCAA could hand down sanctions on Kansas for suiting up an ineligible player (De Sousa, for example, played in 20 games for the Jayhawks a year ago). So in essence the NCAA would be punishing a school that’s a so-called victim of a federal crime. Only in the twisted world of college sports could “victims” be subject to punishment.

“This case is filled with paradoxes,” says Matthew Mitten, executive director of the National Sports Law Institute at Marquette University.

This verdict, however, won’t necessarily make paying college players a federal crime. Conversely, some of the evidence could bolster the civil cases challenging the NCAA’s payment prohibitions. One of the NCAA’s core arguments in support of amateurism is that paying players would turn off fans and hurt the bottom line of NCAA schools. Paying players would be bad for business, so amateurism must live on.

The college hoops trial, however, showed that the opposite may be true. The testimony exposed the black market economy of college basketball; money is already flowing to players, business is booming, and it will continue to do so.

“The federal government has now proven itself ready to sink its teeth into college basketball,” says Marc Edelman, a professor of law at Baruch College’s Zicklin School of Business. “But the prosecutors missed the big issue here. If we’re going to be intellectually honest, the correct next step would be for the Justice Department to file an anti-trust lawsuit against the NCAA.”

Such a federal suit is unlikely to happen. Other stakeholders, however, are challenging amateurism in civil court. Many fans and pundits know that the model is unfair and unsustainable. Money has to flow to the players who deserve it, no matter what a jury says. 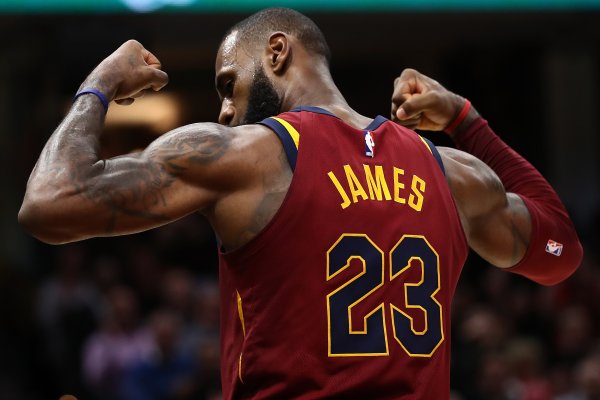 LeBron James Is Taking on the NCAA's Rules Prohibiting Pay for College Players
Next Up: Editor's Pick