Women Worldwide Struggle to Access Banking Services. Bitcoin Is Only Making That Worse

Merry is a financial inclusion expert and consultant. She has extensive experience working with the U.N. and financial service providers around the world to reach low-income and emerging customers.

Earlier this year, World Bank Group President Jim Yong Kim spoke out in Washington, comparing cryptocurrencies to “Ponzi schemes”. Yet, cryptocurrencies and their more respectable cousin, blockchain, are already taking a prominent role in the international development sector. Blockchain technology is currently being used to distribute aid to 100,000 Syrian refugees by The World Food Programme. And plans for future blockchain initiatives within the U.N. alone run from ending child trafficking to providing services for women and girls in humanitarian settings.

Blockchain is the technology behind cryptocurrencies like Bitcoin. It consists of distributed databases that are constantly updated and verified by their users, rather than by a central authority. They allow digital assets, such as cryptocurrencies, to be traded and transferred without going through an institution such as a bank. In the development sector, many hope that blockchain may offer solutions for the world’s 1.7 billion unbanked adults.

This figure represents almost a third of the world’s population, predominantly low-income people and women, who are unable to access financial services. The problem persists in developed countries – 15% of Americans over the age of 15 are unbanked – but is particularly acute in developing countries. Without access to financial services, people are forced to take informal loans at very high interest rates, save their money insecurely in cash, and make long and risky journeys to hand over money to family members or people they do business with. Don Tapscott, Executive Chairman of the Blockchain Research Institute, argues in his book, Blockchain Revolution, that “blockchain could be the solution. By lowering barriers to financial inclusion and enabling new models of entrepreneurship, the tonic of the market could be brought to bear on the dreams and ideas of billions of the unbanked.”

Financial inclusion efforts have indeed previously been revolutionized by technology, particularly by mobile money. The best-known scheme, Kenya’s M-Pesa, processes 6 billion transactions a year and has been adopted by the vast majority of Kenyan households. The service allows money to be deposited in an account linked to a customer’s phone number, then used to make payments or sent to other users via text message and converted back to cash. It has had a transformative impact on the country. A study by MIT and Georgetown University economists found that M-Pesa has lifted 2% of Kenyan households out of poverty.

Some see blockchain as the next frontier for financial inclusion. One prominent study authored by researchers from Georgetown University and the IFC, among others, claimed that blockchain could bring about a transformation in financial inclusion as important as that achieved by M-Pesa. But, unlike M-Pesa, blockchain was not designed with low-income customers in mind and does not address the barriers they face. Blockchain currently has little to offer the world’s unbanked or the institutions serving them.

For inclusive financial services to be sustainable, providers need to reach enormous numbers of people, through low-cost, reliable transactions. Blockchain and cryptocurrencies cannot offer this because they were simply not built for scale. Whereas it is estimated that Bitcoin can process just three to seven transactions per second, Visa can process 24,000 transactions in a second. In addition, cryptocurrencies have proved highly volatile. At the end of last year, Bitcoin reached its highest price to date. As I am writing this, it is worth less than a third of that. Though attractive for investors, such volatility makes cryptocurrencies completely inappropriate for the transactions required by low-income people, like money transfers, payments, savings and loans.

But even if they do not make use of cryptocurrencies, blockchain systems are expensive and inefficient. In most cases, their proposed uses could equally (and more economically) be fulfilled by a regular database. It is notable that the most successful use of blockchain in a humanitarian setting, the World Food Programme’s initiative to provide aid to Syrian refugees, is in fact a private blockchain run by just one entity – the World Food Programme. In other words, the system is not distributed or decentralized, and critics have argued that it might as well be run through a standard database.

However, it is the risk to vulnerable customers that should most concern us. To make sure that any financial service benefits the poor, consumers must understand it and must be protected from abuse. This is particularly important in many developing countries where trust in financial institutions has been severely damaged. Blockchain seems to have something to offer here. Firstly, the system is supposedly immutable. Transactions are permanently recorded to a blockchain ledger, so that, in theory, nobody can later fiddle the accounts. Secondly, blockchain makes use of smart contracts, which automatically carry out set transactions when certain conditions have been met. Smart contracts could improve trust among customers who know financial institutions will be held to their promises. They are already being used for a small number of financial products designed for high-income customers. AXA, for example, offers a flight delay insurance that automatically pays out to insurance customers if their flight is delayed.

In fact, this immutability poses serious problems for financial inclusion. Financial services designed for people experiencing the financial system for the first time need to be capable of resolving problems and misunderstandings. Banks need to be able to reverse transactions made to the wrong recipient by those still getting to grips with banking services, and authorities should be able to intervene when customers are treated unfairly. Smart contracts are designed to make just this kind of intervention impossible. They have proved surprising vulnerable, nonetheless, to hacking and coding errors. Several high-profile hacks have already resulted in vast losses. One scheme, set up to fund startups chosen through members’ votes, lost $50 million to a hacker in 2016. Worryingly, a recent study analyzing a million smart contracts, found that around 34,000 were vulnerable to this kind of hack.

What’s more, blockchain is almost impossible to explain to an average consumer, let alone those new to the financial system. It is so confusing, in fact, that some start-ups have chosen simply not to mention it at all to their customers. One notable service in the Philippines, Coins.ph, decided to hide its bitcoin wallet in the app as default. Users only see details of their cross-border transfers according to fiat currencies, to avoid the confusion and anxiety caused when behind-the-scenes bitcoin conversions were visible.

While organizations rush towards technology’s latest “silver bullet,” attention and funds are being diverted from proven ways to expand financial inclusion. Mobile money services—leveraging levels of mobile ownership of more than 100% in many developing countries—are accelerating financial inclusion. In in Sub-Saharan Africa, the World Bank Group’s global financial inclusion survey, Findex, revealed that 21 percent of adults now have a mobile money account, nearly twice the proportion recorded in 2014. And access to mobile money can have remarkable effects on families’ wellbeing. A study in Kenya found that access to M-Pesa allowed women-headed households to increase their savings by more than a fifth and to start small businesses, reducing extreme poverty by 22 percent among those households. M-Pesa did not achieve this by leverage cutting-edge technology. Rather, in a bid to include as many Kenyans as possible, it made use of a basic and widely accessible technology that does not even require internet access: feature phones.

Women’s financial inclusion has proven to be one of the toughest problems faced by the sector. In developing countries, men are nine percentage points more likely to have a bank account than women – a gap that remains unchanged since it was first measured in 2011. Nonetheless, the progress made by individual countries varies enormously. Specialized women’s financial institutions in many countries have been slowly working to shift the balance, changing the lives and prospects of the women they serve. Where government support and the right technology have also been put in place, women’s financial inclusion has accelerated. In India, where the government has put significant resources behind signing women up to basic bank accounts, Findex data shows that the gender gap has reduced from 20 to 6 percentage points in just three years. And in Indonesia, women are now more likely to have access to an account than men.

At the core of successful financial inclusion initiatives is careful design to meet the needs and lifestyles of the unbanked. Considerable progress has been achieved with locally-designed solutions, restricted budgets, simple technology, and years of iteration. This is precisely the opposite of blockchain – an expensive and unwieldly technology which advocates are looking to fit to problems it was never designed to solve. The most vulnerable should not be made guinea pigs for their experiments. 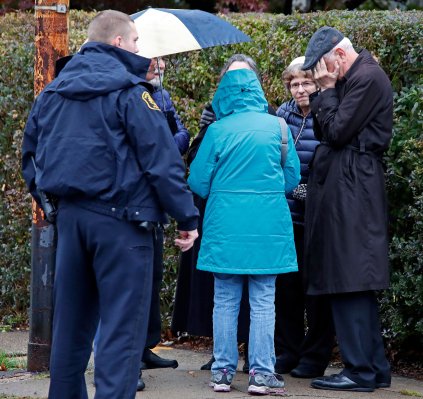 Rabbi: Why Anti-Semitism Flourishes Whenever Hatred Thrives
Next Up: Editor's Pick