The Titanic‘s story will go on and on.

A replica of the infamous passenger ship — dubbed the Titanic II — is set to make its first voyage in 2022. It will welcome 2,400 passengers and 900 crew members, USA Today reported, almost the exact same number of each on board the boat that sank in 1912.

This time around, however, the ship will include an appropriate number of life boats, life-jackets and plenty of modern safety features.

The Titanic II will first take a two-week trip from Dubai to Southampton, England, according MSN. The ship will then trace the original Titanic’s planned route from England to New York across the icy North Atlantic. After which it plans to offer worldwide cruises.

The 1912 voyage, which was immortalized in the 1997 blockbuster Titanic, starring Kate Winslet and Leonardo DiCaprio, was tragically cut short when the steam ship hit an iceberg. Over 1,500 people lost their lives, more than two-thirds of those on board.

In 2015, the Blue Star Line halted work on the Titanic II because of financial disagreements, derailing plans for the ship to be ready in 2016, according to the BBC. The company announced in September that it was continuing efforts to finish the Titanic II.The ship will cost $500 million to recreate, according to Bloomberg.

“The ship will follow the original journey, carrying passengers from Southampton to New York, but she will also circumnavigate the globe, inspiring and enchanting people while attracting unrivaled attention, intrigue and mystery in every port she visits,” the Blue Star Line’s chairman Clive Palmer said, according to MSN.

There’s no word yet on when tickets will become available to prospective — and un-superstitious — seafarers.

This article originally appeared on on PEOPLE.com. 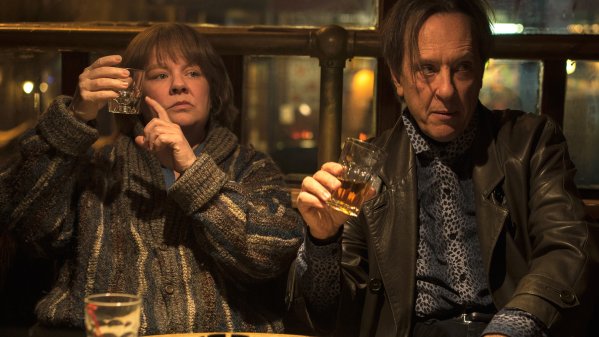 The True Story Behind the Movie Can You Ever Forgive Me?
Next Up: Editor's Pick