Paula Abdul wasn’t knocked out after falling off the stage during a concert in Mississippi and no doubt to the relief of her fans everywhere, will be continuing her Straight Up Paula! tour.

As seen in a video posted by a fan, the seasoned entertainer and former American Idol judge took a dramatic tumble on Saturday night during her Biloxi, Mississippi concert. The 56-year-old singer and dancer was performing her 1991 hit song, “The Promise of a New Day” and dancing before she fell completely off the stage and head-first into the crowd, causing plenty of much-warranted concern amid concertgoers.

A representative from Abdul’s camp told TIME that despite the fall, she’s doing fine and will be continuing her tour as planned.

Watch the moment when Paul Abdul falls from her Biloxi, Mississippi concert below. 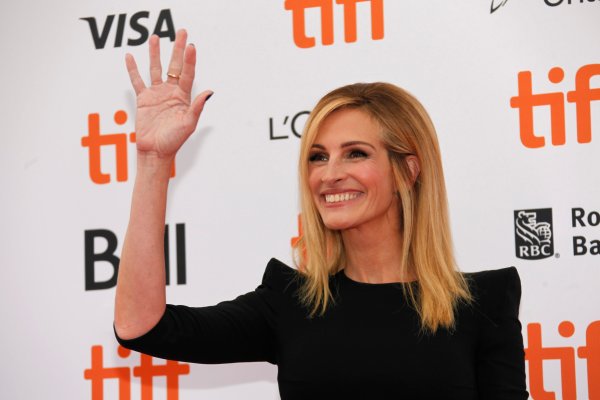 Julia Roberts on Why She's Done With Romantic Comedies
Next Up: Editor's Pick