Prince Harry could be dropping hints about his and Meghan Markle’s baby?

While attending an Invictus Games cycling competition on Sunday ahead of the couple’s trip to Fraser Island, the Duke of Sussex revealed that he wants his first child with Markle to be a girl.

In a video that has gone viral since it was shared on the fan-run Instagram account @harry_meghan_updates, a woman in the crowd can be heard shouting, “I hope it’s a girl!” Harry then quickly replies, “So do I,” before continuing on his way.

Harry first spoke publicly about Markle’s pregnancy during a reception at the Admiralty House in Sydney last week.

“Genuinely, thank you for the incredibly warm welcome and the chance to meet so many Aussies from all walks of life,” he said. “And, we also genuinely couldn’t think of a better place to announce the upcoming baby. Boy or girl. So thank you very, very much.”

Watch the clip from Sunday’s cycling event below. 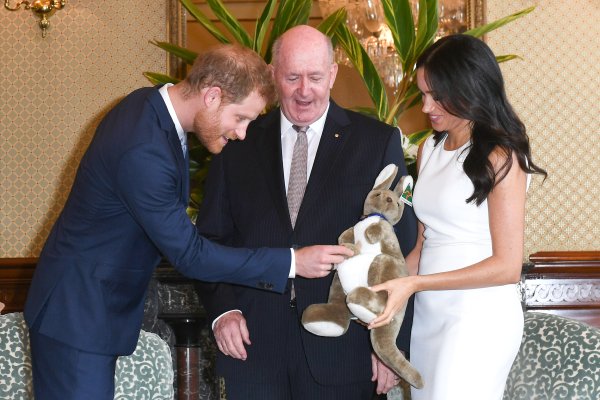 Prince Harry Has Spoken Publicly About the Royal Baby for the First Time
Next Up: Editor's Pick