A Nebraska public school superintendent has apologized after a lunch room cook served kangaroo meat to students without their knowledge.

In a letter released to parents Oct. 17, Superintendent Mike Williams of the Potter-Dix school district in Potter, Neb. stated that chef Kevin Frei had served “kangaroo meat that was mixed with beef” in chili given to students for lunch. The lunch containing kangaroo meat was served on Oct. 10.

According to Williams, Frei said that he added the exotic meat for its nutritional value, “because it is a very lean meat.”

The Associated Press reported Thursday that Frei no longer works for the school district. No further information was given about Frei’s dismissal and Williams has denied requests for comment.

“I do not think kangaroo meat is unhealthy or dangerous,” Williams wrote. “But it is without a doubt not a normal staple of our diet and will not, nor will any other non-staple foods, be a part of the Potter-Dix meal program.”

Williams has promised that the school will not serve food of this nature again.

“If a family wants to eat exotic foods, they can do so on their own time – not at school,” Williams wrote in his letter. “If we were to have food or ingredients that are out of the ordinary, they should be listed on the menu so that the students and families are aware of what they would be being served. We will no way be serving food of this nature again. Period.”

According to The Independent, kangaroo meat is high in protein and low in fat. Kangaroo meat may also have numerous environmental benefits as compared to other more traditional meats like beef. Consuming kangaroo meat is common in Australia, as well as in France and Germany.

Williams also apologized for “the anxiety and any harm” caused by the chef’s decision. 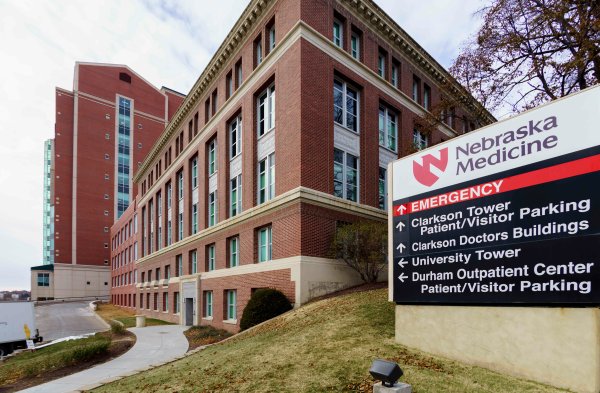 American Flown to Nebraska Hospital for Ebola Exposure
Next Up: Editor's Pick