Despite 100 volunteers and over 800 tips, authorities have still not found a missing Wisconsin teen whose parents were found fatally shot in their home earlier this week.

Police have been searching for 13-year-old Jayme Closs ever since authorities arrived at her family’s Barron, WI home early Monday morning and found her parents, 56-year-old James Closs and 46-year-old Denise Closs, dead inside.

Barron County Sheriff Chris Fitzpatrick confirmed that Jayme’s parents were shot and their deaths have been ruled a homicide. He added that he believes Jayme was present when her parents died.

“We believe Jayme was in the home at the time of the homicides, and we believe she’s still in danger,” he said Wednesday, in comments shared on the department’s Facebook page.

On Thursday, the Barron County Sheriff’s Department called on 100 volunteers to search an intersection in Barron for evidence.

“Today, with assistance from community volunteers, we are conducting a routine search for articles of evidentiary value that may be related to Jayme’s disappearance,” Barron County officials said.

Later Thursday, the sheriff’s department issued another release and confirmed that despite more than 800 tips, “nothing of evidentiary value has been recovered.”

The County Sheriffs Office is working with local, state and federal law enforcement partners — including to FBI — to locate Jayme. An Amber Alert was issued Monday for the teen, while on Tuesday there were reports that she might have been spotted in Miami.

Police described Jayme Closs as 5 feet tall, 100 lbs with green eyes and strawberry blonde hair. She is considered missing and “endangered.” They have asked anyone with any information regarding her whereabouts to contact the authorities. Police have released no information regarding possible suspects involved in the situation, or whether Closs is considered to be a kidnapping victim. 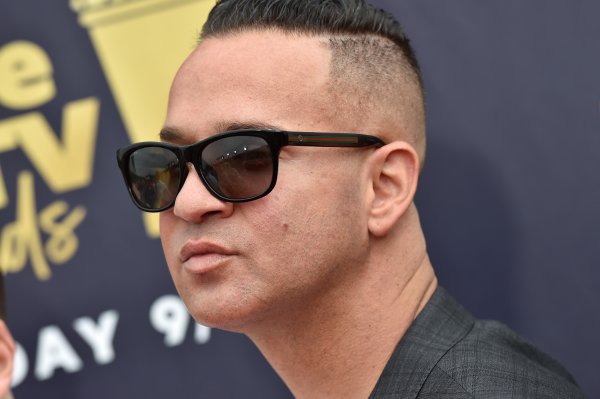 Jersey Shore's Mike 'The Situation' Sorrentino Sentenced to 8 Months in Prison for Tax Evasion
Next Up: Editor's Pick