Making a Murderer kickstarted Netflix’s true crime boom. In 2015 the docuseries about Steven Avery, a man who was exonerated thanks to DNA testing only to be arrested for murder just a few years later, became the subject of much debate. It also captured the attention of amateur sleuths, reporters and—eventually—lawyer Kathleen Zellner, who has helped exonerate 19 convicted men.

But the story isn’t over yet. Making a Murderer‘s second season debuts on Netflix Friday, stirring up some controversy about how it balances investigation and entertainment. In the new episodes, filmmakers Moira Demos and Laura Ricciardi follow Avery and his and alleged conspirator nephew, Brendan Dassey, through the appeals process. The duo spoke to TIME about how the second season handles criticisms of the show in its initial outing, how they managed the media frenzy around the case and whether they think Avery is innocent.

How did you come to the decision to make a second season?

Ricciardi: We knew at the end of part 1 that our viewers had questions. About a month or so after the first part launched, Kathleen Zellner took Steve’s case. And we knew that Laura Nirider was already representing Brendan Dassey in the federal courts. So we had a number of key players for the new season.

You were criticized for not spending enough time on the victim of the murder, Teresa, in Part 1. The first episode of Part 2 is largely dedicated to her. Was that a conscious decision?

Ricciardi: It was the result of an opportunity that presented itself. In both parts, we reached out to everybody who had a direct connection to the case. In Part 2 we were very grateful that one of Teresa’s college friends agreed to sit down with us. He spoke very eloquently about how with this post-conviction process, which by definition dredges things up, the pain is still there.

In the new season, Steven Avery blames his old lawyers for not defending him properly. Avery’s new attorney, Kathleen Zellner, is exploring appealing on the basis of ineffective assistance of counsel. Did watching Zellner prepare her case make you rethink the any of the choices Avery’s old lawyers made?

Ricciardi: It’s important to keep in mind that Kathleen is coming to the case as a post-conviction attorney so by definition she is reexamining what came before. Kathleen’s strategy is also different than what the trial attorneys in this case did. She uses nontraditional methods. She’s very hands on. We see her doing things like going to Avery’s salvage yard and a neighboring property and working directly with a number of very established forensic experts.

Kathleen has had great success as a private post-conviction attorney. She knows what works for her. What it really comes down to is whether or not she can satisfy the court that had it not been the performance of her predecessors, things might have been different.

Demos: In the broader context, I think one of the things that’s really exciting about Part 2 is not only are viewers offered this journey into a really lesser known part of the process, the post-conviction phase.

Making a Murderer made Steven Avery’s case famous, and we see the fallout of that in Part 2. Steven’s new fiancée appears on Dr. Phil. The prosecutor from last season promotes his book on Dateline. Did it ever feel like you were losing control of the story?

Demos: Honestly, that all just became part of the story. In Part 1 we were very interested in this difference between public and private: What’s being said at the press conference, and does that mask what really happened in the interrogation room or what’s being argued in court? All of this is just another opportunity to explore these themes of the headlines vs. real life on the ground.

Ricciardi: Because Steven is our protagonist, what’s happening with other characters matters most with respect to his dramatic situation. Does it have an impact on the goal that he’s pursuing?

In many ways, Steven’s case is an aberration. It’s rare to be convicted of murder, rarer still to take such a case to trial rather than pleading out. And it’s extremely rare to be represented by a famous lawyer. Do you think it says anything larger about the American criminal justice system?

Demos: We certainly don’t consider this story an aberration. One of the things Part 2 offers is this story leaves Wisconsin and goes into the federal court system. Brendan’s case goes to Chicago, intends to go to Washington, D.C. This is not an anomaly.

I think the themes that the story touches on, themes of accountability, themes of transparency, these go well beyond this case, but also well beyond the criminal justice system. This is what is playing out in our institutions and our governments.

Do you think Steven Avery is innocent? 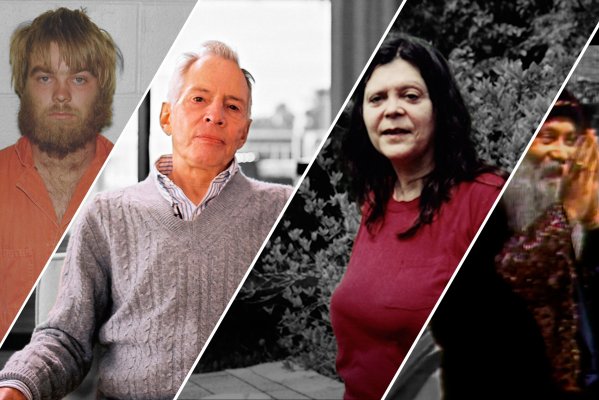 13 True Crime Documentaries You Should Stream Right Now
Next Up: Editor's Pick