From defeating the Waif to feeding Walder Frey a pie made out of his own sons, Arya Stark has had some memorable moments on Game of Thrones. But according to Maisie Williams—who plays the young faceless assasin—a scene from the show’s forthcoming eighth and final season may be her character’s best yet.

In an interview with The Guardian that was published on Wednesday, Williams shared her thoughts on the very last sequence she shot for Game of Thrones, even going so far as to describe it as “beautiful.”

“I ended on the perfect scene,” she said. “I was alone—shocker! Arya’s always bloody alone. But I was alone and I had watched a lot of other people wrap. I knew the drill, I had seen the tears and heard the speeches.”

Williams went on to explain why those final minutes on set were so special to her. “It wasn’t something I planned,” she said of her wrap speech. “But in that moment I realised what the show meant to me.” 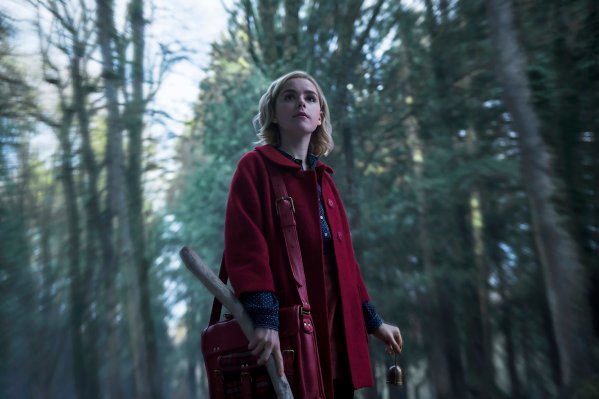 The Best—and Worst—New Halloween Shows on Streaming
Next Up: Editor's Pick