South Korea Wednesday granted a temporary reprieve to a group of Yemeni asylum seekers, allowing them to remain in the country for another year, Yonhap News reports.

While the one-year humanitarian stay permits will relieve the 339 asylum-seekers of the immediate threat of deportation back to war-torn Yemen, the move was criticized for stopping short of providing refugee status.

A total of 481 Yemenis have applied for asylum since arriving on the southern Korean island of Jeju earlier this year. Twenty-three of them were granted humanitarian stay permits last month. Of the remainder, 34 applications were rejected and another 85 postponed, according to Yonhap.

Those who were rejected had come to South Korea via a country other than Yemen for economic reasons or were facing criminal charges elsewhere, South Korea’s justice ministry said.

The humanitarian permits will allow the Yemenis to remain legally in South Korea and travel internally, but they must be renewed annually.

South Korea’s immigration authorities granted the majority of the permit applications in consideration of the “serious civil war situation in Yemen,” the Korea Times reports. But none of the applicants were granted official permanent refugee status allegedly because they did not meet the threshold of facing individual persecution on the basis of race, religion, nationality or political belief.

All of them had fled a nearly four-year conflict between Saudi Arabian-led forces and Iran-backed Houthi rebels that has displaced over 2.3 million people and caused a severe humanitarian crisis. Twenty-two million people are in desperate need of aid, including 400,000 children suffering from severe acute malnutrition, according to the World Food Program. A cholera outbreak last year, described as “the worst in living memory,” infected over 1 million people and killed nearly 3,000.

But refugee status has proved a divisive issue in South Korea, where anti-immigration sentiment has coalesced into public protests and petitions to force the Yemenis to leave. In June, South Korea’s justice ministry promised to revise the country’s Refugee Act to strengthen it against fraudulent asylum claims, Yonhap reported. South Korea already has among the lowest acceptance rates for refugees of any developed country. 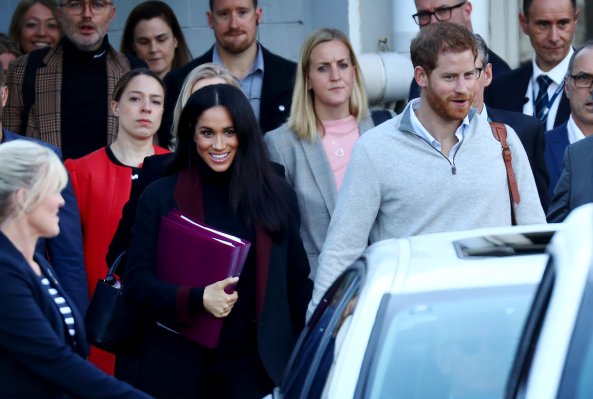 Why Prince Harry and Meghan Markle's Daughter Wouldn't Have the Same Noble Rights as Their Son Would
Next Up: Editor's Pick