Founder of the Bring Back Our Girls (BBOG) advocacy group Oby Ezekwesili is comforted during a protest in Abuja, Nigeria on Oct. 16, 2018, following the killing of a kidnapped female Red Cross worker by Islamic State-allied Boko Haram jihadists.
Mudashiru Atanda—AFP/Getty Images
By Eli Meixler

A second aid worker held hostage by Islamist militant group Boko Haram has been executed after a negotiating deadline expired, according to the Nigerian government.

Hauwa Mohammed Liman, 24, was kidnapped by Boko Haram in March along with two other aid workers during an assault on a military compound in Nigeria’s northeastern Borno state, according to CNN. She had been working at a nearby hospital supported by the International Committee of the Red Cross (ICRC).

It is unclear when Liman was killed, but ICRC confirmed Tuesday that it received news of her death, which the group called “a despicable act of cruelty.”

“The news of Hauwa’s death has broken our hearts,” ICRC’s Africa region director Patricia Danzi said in a statement. “How can it be that two female health care workers were killed back-to-back? Nothing can justify this.”

In a tweet, Nigerian President Mohammadu Buhari said his government “did everything possible” to try to save Liman, adding “it is tragic and regrettable that all our efforts were unsuccessful.”

Liman is the second aid worker to have been killed by Boko Haram recently. Saifura Hussaini Khorsa, another aid worker who was kidnapped in the same raid, was executed in September.

Liman, who was a midwife, had been working in a remote medical center in a displacement camp near Nigeria’s border with Cameroon. She was abducted during an attack that killed 11 people, including three aid workers, according to Reuters.

A third aid worker kidnapped in that raid, Alice Loksha, remains in captivity along with Leah Sharibu, a 15-year-old student who was abducted in a separate incident in February, according to ICRC.

Founded in 2002, Boko Haram has waged a nearly decade-long Islamist guerrilla insurgency in rural northern Nigeria that has claimed thousands of lives and internally displaced millions. In 2014, the group kidnapped 276 schoolgirls in Chibok, prompting the global advocacy campaign #BringBackOurGirls. Last year, 82 of the Chibok girls were released, but others continue to face forced marriage and conversion to Islam in Boko Haram captivity.

Despite assistance from neighboring countries, the Nigerian government has struggled to contain the rebel group. In February, Boko Haram kidnapped another 110 girls from a school in Dapchi in Nigeria’s Yobe state. 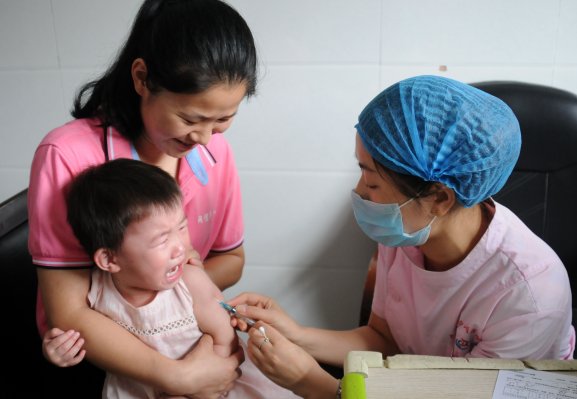