A child receives a vaccination on July 24, 2018 in Jiujiang, Jiangxi Province. China.
VCG—VCG via Getty Images
By Eli Meixler

A Chinese vaccine manufacturer has been slapped with a $1.3 billion penalty and had its license revoked after it was found to have distributed thousands of faulty rabies vaccines earlier this year in China’s latest public health scandal.

In July, an investigation by the state drug regulator said the pharmaceuticals company had falsified inspection and production reports for some 113,000 rabies vaccines.

The Jilin province food and drug administration revoked the company’s license to produce pharmaceutical products, seized the faulty vaccines and levied a 7.21 billion yuan ($1.04 billion) fine. It also confiscated the 1.89 billion yuan ($273 million) in profits the company had earned from selling the illegally produced drugs.

The rabies scandal was the second public relations disaster to grip Changsheng this year. Another drug regulator found that the manufacturer had distributed as many as 500,000 “substandard” doses of a “DPT (diphtheria, pertussis, and tetanus) vaccines, some of which were administered to infants as young as three-months-old. No children are known to have been harmed by the suspect vaccines, according to the Associated Press.

Changsheng apologized and was fined 3.4 million yuan ($502,200 in connection to the DPT doses. Arrest warrants were also issued for 18 people, including the board chairperson, according to state media.

But the episode revived long-standing distrust in China for domestically manufactured medication and health supplies. In 2008, a six children were killed and 300,000 became ill after drinking contaminated milk powder formula. In 2016, $90 million-worth of improperly stored and potentially fatal vaccines were found to have been distributed across China. 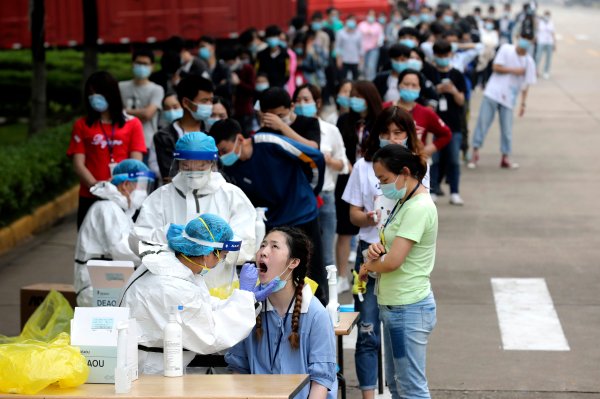