PARIS, FRANCE - MAY 03: A gamer plays the video game "Fortnite: Battle Royale" developed by People Can Fly and Epic Games on May 03, 2018 in Paris, France. Fortnite is an online video game of survival and construction available on consoles, PC and, recently, on iPhone. Released in July 2017, it has been growing in popularity in recent months. Fortnite, which brings together more than 40 million players each month around the world, brings a fortune to its creators. In March alone, revenues are estimated by the Superdata Institute at $ 220 million. (Photo by Chesnot/Getty Images)
Chesnot—Getty Images
By Precious Adesina

A popular YouTuber is being sued by the developer of Fortnite, Epic Games, for streaming and selling alleged cheat versions of the game online.

Brandon ‘Golden Modz’ Lucas, who has over 1.7 million subscribers, is the main defendant in the civil complaint recently filed in North Carolina Federal Court.

Lucas and his gaming partner, Colton “Excentric” Conter, who makes frequent appearances on Lucas’s channel, have been sued for copyright infringement, breach of contract and tortious interference.

In the complaint, Epic Games claims Lucas was making his YouTube videos to “demonstrate and promote the hacks he sells.” According to the developer, cheaters who purchase the hacks or accounts preloaded with them are able to illegally modify its software.

Though Epic Games does not comment on ongoing litigation, a spokesperson did issue a brief statement: “When cheaters use aimbots or other cheat technologies to gain an unfair advantage, they ruin games for people who are playing fairly. We take cheating seriously, and we’ll pursue all available options to make sure our games are fun, fair, and competitive for players.”

Epic Games bought security firm Kamu, which provides an “anti-cheat service,” earlier this month in hopes of tackling modifications of its games.

In a video last month, Lucas defended his actions, saying there are thousands of YouTubers creating the same content “without repercussions.” He added that he believes he has been unjustly targeted. 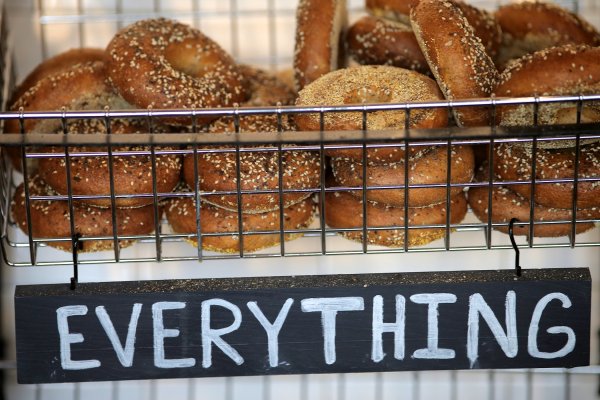 Apple Fixing Bagel Emoji After Outcry
Next Up: Editor's Pick