One day you think you’re invited to a wonderful party filled with cookies and cats in sleepwear, but the next day, you’re out.

Due to a “training error,” the American embassy in Australia accidentally extended an invitation via e-mail to a cat pajama party to an unknown number of people last week, according to the Australian Associated Press.

The photo: a cat lying back on a couch in an electric blue Cookie Monster costume with a plate of chocolate cookies on its fuzzy belly. The subject line: “meeting.” The whole thing may have been an accident, but it was a happy one for the internet.

There was no cat pajama party, but it was very appreciated by social media users, who wanted to RSVP, “yes.”

(The image was already popular on the internet as a photo illustrating peak relaxation.)

The U.S. Mission to Australia Public Affairs Counselor Gavin Sundwall ended up making an apology in an e-mail two days after the cooler e-mail with the cat in a Cookie Monster costume.

“Sorry to disappoint those of you who were hoping to attend this ‘cat pyjama-jam’ party, but such an event falls well outside our area of expertise,” he wrote, according to the BBC. “It was a training error made by one of our new staff testing out our email newsletter platform.”

He added that the embassy would be introducing “strong new management controls” to prevent anything like this from happening again.

But the news that there’s no party has had the opposite effect: even New Zealand’s embassy is attending the “virtual celebration” online.

The U.S. has not had an ambassador to Australia since 2016. President Donald Trump had originally eyed Harry Harris for the role, but Harris is now in South Korea. 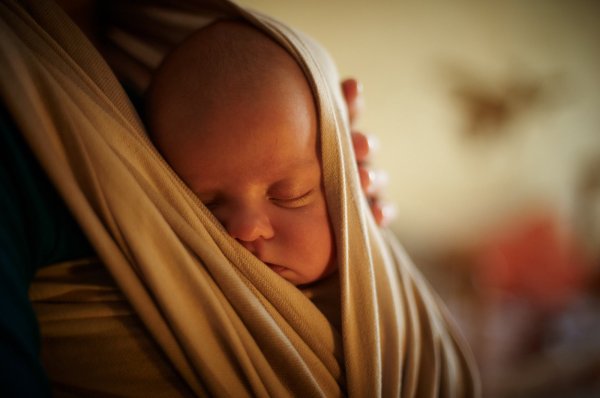 Meterologist Gives the Weather Report With Her Baby Strapped to Her Back
Next Up: Editor's Pick