Members of a student group that advocates for Hong Kong’s independence from China camped out in front of the city’s U.S. Consulate Sunday night to demonstrate against what they view as a rising tide of political repression, calling on Washington to intervene on behalf of the semi-autonomous region.

Hong Kong, a former British colony, was promised a “high degree of autonomy” and the preservation of its civil liberties when it was handed over to Chinese administration in 1997 under an arrangement known as “one country, two systems.” But many fear that China is violating the spirit of the agreement by cracking down on perceived challenges to Beijing’s sovereignty over the financial hub.

A few dozen members of the Hong Kong Student Independence Union joined the demonstration, camping outside the consulate gates and calling on Congress to pass the Hong Kong Human Rights and Democracy Act, which would impose penalties on local authorities found to be “suppressing basic freedoms” in the city.

The Hong Kong Human Rights and Democracy Act was proposed following the rendition of five Hong Kong booksellers to mainland China in 2015. It would require the State Department to assess annually whether Hong Kong is “sufficiently autonomous” to justify its separate designation from the rest of China; failure to meet that threshold could trigger visa bans and asset freezes.

An annual report by the Congressional-Executive Commission on China, released last week, expressed concern over “continued erosion of Hong Kong’s autonomy” and “diminishing space for political action by pro-democracy groups.” Beijing has previously warned that it has “zero tolerance” for advocates of Hong Kong independence.

Freedom of speech has been of particular concern in recent weeks. Last week, Financial Times Asia news editor Victor Mallet left Hong Kong after the immigration authorities denied his visa application, in what was widely viewed as the city’s first expulsion of a foreign journalist. The FT has said that it is appealing Mallet’s visa rejection.

Mallet, who is also the vice-president of the Foreign Correspondents Club of Hong Kong, hosted a panel discussion in August with pro-independence politician Andy Chan despite objection from China’s Ministry of Foreign Affairs. Chan’s Hong Kong National Party was outlawed by the Hong Kong government the following month.

In the latest example of restrictions on political activities, Hong Kong on Friday barred pro-democracy lawmaker Lau Siu-lai from running to reclaim a seat she won in 2016. Lau was among six elected lawmakers stripped of their seats amid a controversy over their oaths of office; Lau was deemed to have recited hers too slowly. Lau is the ninth candidate barred from running since 2016, according to the South China Morning Post. 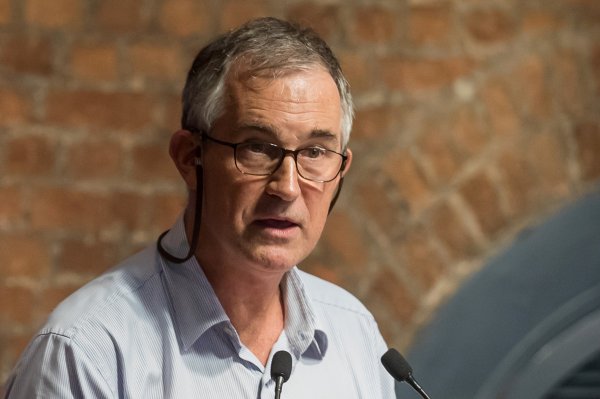