Rudy Valdez at first thought the 15-year prison sentence given to his sister Cindy Shank was a clerical error. The judge had probably meant to give her 15 months, he reasoned. Shank, whose sentence was later commuted, had been found guilty of conspiracy on drug charges, related to the crimes of an ex-boyfriend who had died years ago. Valdez says he thought he’d be able to fix it.

But, Valdez says, a quick Google search showed there hadn’t been a mistake. Shank was one of thousands of people in the U.S. sent to prison under mandatory minimum sentences — automatic prison terms mandated by the government. Roughly six years before her conviction, Shank lived in Lansing, Mich., with a boyfriend who dealt drugs and was later killed. She initially faced state charges in 2002 for conspiracy to distribute cocaine, but the case was dropped. In 2007, Shank was married and had two children, with a third on the way, when she was arrested on revived charges of conspiracy in the federal government’s investigation into her boyfriend’s drug enterprise. After a trial that same year, Shank was sentenced to 15 years, the mandatory minimum for her charge, and sent to federal prison after the birth of her third daughter.

Valdez, began filming his family to make sure Shank wouldn’t miss out on important moments. In the process of filming, Valdez found connection with other families affected by separation due to long prison sentences and mandatory minimums. He became an activist for prison reform and started fighting for Shank’s release as part of Barack Obama’s clemency initiative in the final months of his presidency.

Valdez’s hundreds of hours film footage formed The Sentence, a documentary that aired on HBO on Oct. 15 and tells the story of the friends and family who was separated from Shank — all in an effort to highlight the toll lengthy prison terms take on families. For most of The Sentence, Shank is a voice on the phone. You hear her offering encouragement to her oldest daughter before a dance recital and comforting her parents. The people seen in the film are the ones at home: her children, who have grown into young women by the documentary’s end; her husband who, unable to endure the pressures of her conviction, eventually divorces her; and her parents and siblings who remain distraught over the loss. While Valdez accepts that Shank is guilty of her crime, he argues that mandatory minimum sentences cause irreparable harm — to the families of those convicted, but also to taxpayers whose money pays to keep people incarcerated.

“It does affect every single one of us,” Valdez tells TIME. “Even if you aren’t affected by the human stories, you should be concerned about the resources going to perpetuate this.”

The widespread implementation of mandatory minimum sentences like Shank’s began in the mid 1980s and 1990s following a nationwide rise in crime that put pressure on Congress to promote tougher punishments, according to Kevin Ring, the president of the organization Families Against Mandatory Minimums (FAMM) and a former conservative lobbyist who spent time in prison after he was convicted on charges of conspiracy, fraud and illegal gratuities related to the Jack Abramoff Indian lobbying scandal.

Legislators at the city, state and federal level started imposing mandatory minimum sentences on drug charges in the midst of the war on drugs, between 1985 and 1992 — and in turn drove a sharp increase in mass incarceration. Over the decades, Ring says, some policymakers on both sides of the political aisle have come to believe that harsh sentences are mostly costly, with little benefit; a 2014 report by the National Academy of Sciences recommended that lawmakers reassess using mandatory minimums and lengthy prison sentences, citing “the possibly high financial, social, and human costs of incarceration.”

The lower numbers of inmates in federal prison under mandatory minimum sentences were attributed to efforts by Obama to reduce the number of people convicted on low-level, nonviolent drug-related charges. However, the Trump Administration has made moves to reverse the Obama-era policy. Attorney General Jeff Sessions in 2017 directed prosectors to pursue the most “serious, readily provable offenses” against defendants that carry the maximum penalties, including mandatory minimum sentences.

But the issue of reforming harsh prison sentences and mandatory minimums has found support among both Republicans and Democrats. Earlier this year, the Senate Judiciary Committee passed the bipartisan Sentencing Reform and Corrections Act, which aims to reduce strict federal sentencing rules. And the Koch brothers, the billionaires known for backing Republicans running for office, announced programs that push for criminal justice reform.

The Sentence itself has been welcomed as possibly spurring action toward sentencing reform on Capitol Hill. Utah Sen. Mike Lee, a Republican, teamed up with Democratic New Jersey Sen. Cory Booker to co-host a screening of the film in July.

“If you learn about this issue, it becomes a no-brainer, if you learn about the stories of some of the things that people face,” Lee told Variety at the time. “Cindy, for example, the mother of three young children, sentenced to a 15-year minimum mandatory sentence. The judge had no discretion whatsoever for a crime that occurred many years earlier where her boyfriend was involved in drug distribution.”

Ring said a movie like The Sentence will put a human face and raw emotion behind a growing call for prison reform that goes beyond “beating the viewer over the head with expert statements and statistics.” “This is what families go through,” he says. “It’s emotional, but that’s the reality.”

The more Valdez became involved in his sister’s case, the more families he met who were in similar situations. It was so common, he says, that at one hearing about mandatory minimums, he saw “like seven other people making films about their family members,” a simultaneously inspiring and sad sight.

The whole experience, Valdez says, showed him that changes to the prison system in the U.S. will only come from a collective change of heart. “We need a cultural shift where you can look at the system that has been created and no longer be O.K. with people profiting off incarceration, off inner city problems we feel we have no connection to,” he says. “These are our community members.”

Shank received clemency in 2016 and has started working again after reuniting with her family, Valdez says. The process of putting The Sentence together has given her a sort of “extended honeymoon,” in getting her life back, Valdez says. He suspects the long-term effects of her incarceration won’t become clear for a few years.

“At some point, she is going to sit down and look at her life and see what life after incarceration means,” he says. “The ramifications, especially on the girls, we’re not going to see the effects on them for another five or 10 years. They had their mother away from them for nearly a decade.” 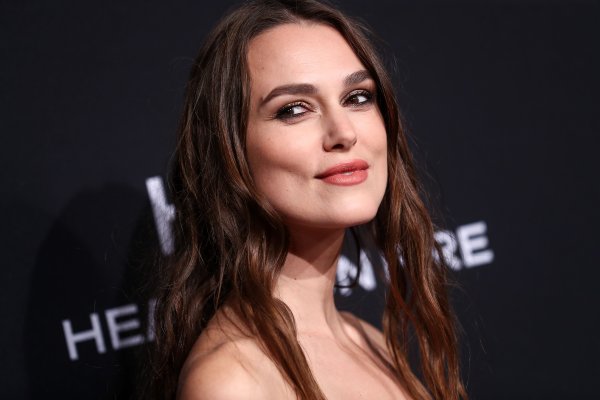 Here Are the Disney Princess Movies Keira Knightley Banned Her Daughter From Seeing
Next Up: Editor's Pick