Supreme Court Associate Justice Brett Kavanaugh attends his ceremonial swearing in in the East Room of the White House October 08, 2018 in Washington, DC. Kavanaugh was confirmed in the Senate 50-48 after a contentious process that included several women accusing Kavanaugh of sexual assault. Kavanaugh has denied the allegations.
Chip Somodevilla - Getty Images
By Alix Langone

A bookstore in Brooklyn is holding a public event to put a hex on newly-confirmed Supreme Court Justice Brett Kavanaugh next Saturday night.

Catland Books, in the Bushwick neighborhood of the New York City borough, says that Kavanaugh will be the focus of the event, but it will curse “all rapists and the patriarchy,” too. To promote the “Ritual to Hex Brett Kavanaugh,” the bookstore has sent out invites over Eventbrite.

“[Brett Kavanaugh] will be the focal point, but by no means the only target, so bring your rage and and all of the axes you’ve got to grind,” the invite reads. The event will embrace the powers of witchcraft to bring justice “to those of us who have been wronged by men just like him.”

“We wanted to have an act of resistance,” Dakota Bracciale, the event organizer, told TIME. “It’s about having space for survivors of sexual assault who are not going to be silent and who don’t want Brett Kavanaugh to serve as a symbol of defeat.”

Kavanaugh denied multiple allegations of sexual assault during his contentious supreme court nomination hearings, most notably from California Professor Christine Blasey Ford, who testified in public to the Senate Judiciary Committee that he attacked her in high school.

The mystical bookstore event will also hold a second ritual after the main hex, called “The Rites of the Scorned One,” to support women and men who no longer want to stay quiet about the issue of sexual assault.

“We’re raising visibility and letting people know they’re not alone with the monsters,” Bracciale said. “Even the witches are coming out of the woodwork to stop this.”

Catland Books put on three events to hex President Donald Trump last summer and is considering adding more public hex events later this year due to of the high volume of interest in the sold out event.

Tickets to the Oct. 10 event cost $10 and half of the proceeds will go to the Ali Forney Center and Planned Parenthood. 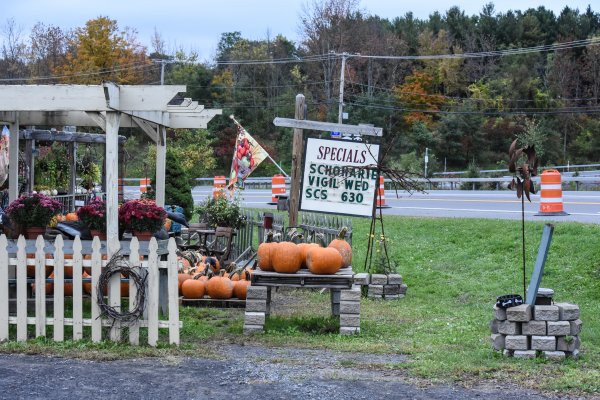 Owner of Limo That Crashed and Killed 20 May Be in Pakistan
Next Up: Editor's Pick