Melania Trump: I Have More Important Things to Worry About Than My Husband's Alleged Infidelity

First Lady Melania Trump said she is not concerned about alleged infidelity by President Donald Trump.

In a new interview with ABC News during her recent trip to Africa, Melania Trump said she didn’t have time to think about the “gossip” surrounding her husband’s alleged affairs.

“I’m a mother and a First Lady, and I have much more important things to think about and to do,” Trump said. She later added: “It’s not always pleasant, of course, but I know what is right and what is wrong and what is true and not true.”

Daniels spoke out as she sued Trump to break an agreement made to prevent her from talking about their alleged affair and drew attention to a $130,000 hush payment she received from Trump’s former lawyer Michael Cohen before the 2016 presidential election.

Donald Trump has acknowledged that he reimbursed Cohen for the payment to Daniels, but says he did not have an affair.

Melania Trump insisted she and Donald Trump remain in love. “Yes, we are fine,” she said. “It’s what media speculate, and it’s gossip. It’s not always correct stuff.” 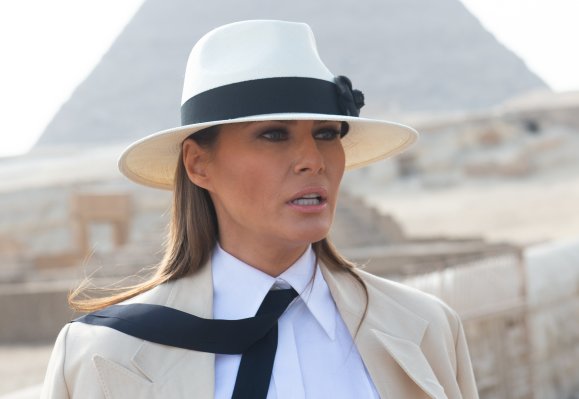 First Lady Melania Trump Says She Is 'the Most Bullied Person in the World'
Next Up: Editor's Pick