Victor Mallet, a Financial Times journalist and vice president of the Foreign Correspondents' Club (FCC), speaks during an event at the FCC on Aug. 14, 2018.
Paul Yeung—AFP/Getty Images
By Casey Quackenbush

The Hong Kong government’s unexplained denial of a visa to a Financial Times editor “sets a disturbing precedent” and “undermines” the city’s role as a haven for free speech, says the local Foreign Correspondents’ Club.

The historic press club issued a statement Friday in defense of its vice president, journalist Victor Mallet, who was denied a visa last week. The move is widely believed to be a reprisal for Mallet’s hosting of a panel with an anti-Beijing activist earlier this year, and comes amid fears that Beijing’s expulsion of critical journalists from the mainland may now also occur in the semi-autonomous Chinese territory.

“This visa decision suggests that free speech may not be permitted in certain unspecified areas. The absence of an official reason or a clear explanation makes the decision appear arbitrary and lacking any basis in Hong Kong law and creates an impossible working environment for the media.”

Hong Kong’s Chief Executive Carrie Lam has refused to explain the visa decision, but warned that linking it to the Chan event was “pure speculation.”

The Financial Times said on Tuesday it would appeal the Hong Kong government’s decision to reject Mallet’s visa. 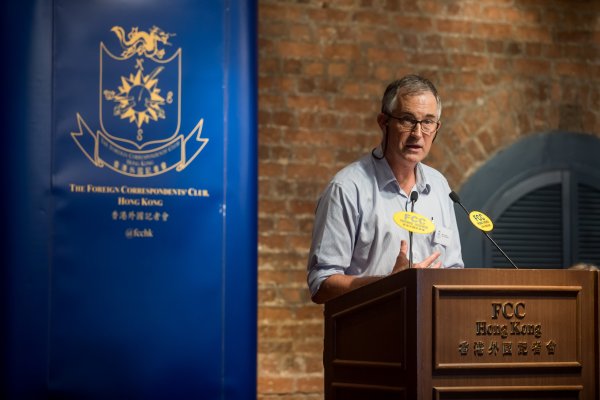