Keiko Fujimori, daughter of Peru's former President Alberto Fujimori, cries as she speaks with reporters outside of her father's home in Lima, Peru, on Oct. 3. Peru's Supreme Court has overturned a medical pardon for former President Alberto Fujimori and ordered the strongman be returned to jail to serve out a long sentence for human rights abuses. On Wednesday, Keiko Fujimori was detained as a result of a campaign finance probe.
Martin Mejia—AP/REX/Shutterstock
By John Quigley / Bloomberg

A court approved her detention for 10 days, arguing she posed a flight risk and could obstruct the prosecutors’ investigation, Peru’s judiciary said via Twitter on Wednesday. She was ordered detained along with 19 other people including her former campaign chief Jaime Yoshiyama.

Prosecutors are probing accusations that Keiko, who was a runner-up in Peru’s last two presidential elections, received illicit donations from Brazilian builder Odebrecht SA for her 2011 campaign. That firm is at the center of the Carwash bribery investigation, which has ensnared Peru’s last four heads of state. Former President Pedro Pablo Kuczynski resigned in March after facing allegations that a firm he owned also took money from Odebrecht SA, which has doled out millions of dollars in bribes across Latin America.

Fujimori denied receiving any money from that company when prosecutors began the probe last year and said at the time the accusations were part of a campaign against her. Her party, Popular Force, is the biggest in Congress, though it has shown signs of division in recent months as her popularity waned. Prosecutors are also investigating allegations Fujimori met with a supreme court judge to discuss the case against her.

“She’s lost power, and the majority she has in Congress is precarious,” said Fernando Rospigliosi, the head of Lima-based consultancy FRC Consultores. “This weakens Congress and especially Popular Force, whose capacity of reaction and response is now very limited.”

Fujimori was detained as she went to testify before prosecutors in downtown Lima, her lawyer Giuliana Loza told the Canal N network. Her detention is “arbitrary and abusive,” she said.

Fujimori’s husband Mark Vito Villanella, who was with her at the time of her arrest, told reporters her detention was politically motivated. Prosecutors have no proof of any wrongdoing, he said.

While the short term economic impact of Fujimori’s detention likely will be limited, political risks have intensified, analysts at Chilean brokerage LarrianVial wrote in an emailed note to clients.

“We expect the legislative branch to exert greater scrutiny of government actions, thus diverting government focus and slowing down infrastructure works,” they wrote. 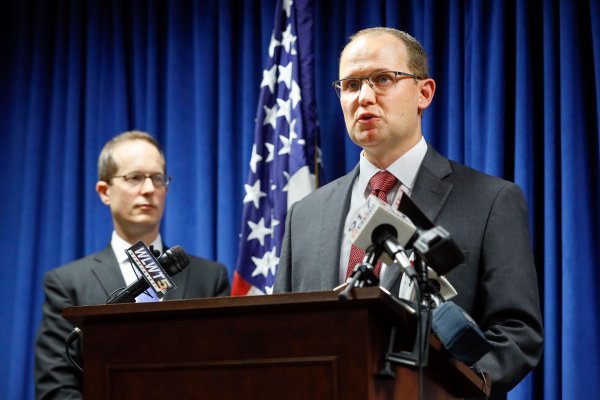