Game of Thrones Deployed a 'Thing That Kills Drones' to Save You From Spoilers. What Is That?

Sounds like the Game of Thrones crew is absolutely willing to go to extreme measures to prevent season 8 spoilers.

According to Sophie Turner—who plays Sansa Stark on the HBO drama—the production team deployed “drone killers” to disable any camera drones attempting to capture footage of the show’s sets during filming for the final season.

“If a drone flies above sets, there’s a thing that can kill the drones, which is really cool,” she told Entertainment Weekly during an appearance at New York Comic-Con. “It creates a field around it and the drones just drop. It’s very X-Men.

However, these so-called “drone killers” are special electronic devices that are typically used by police to force drones to the ground in the event of an emergency, not keep fans from learning the fate of Jon Snow.

“The purpose is primarily for emergency situations,” Oceanside police Lt. Aaron Doyle told the Los Angeles Times. “It won’t be used when someone complains about a neighbor flying a drone. It’s pretty much for a life-or-death situation, to save lives.” 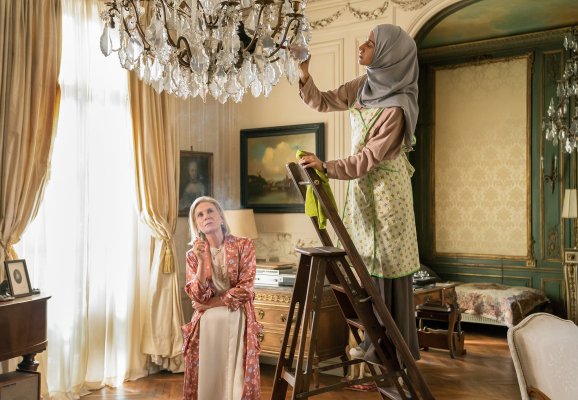 Amazon's The Romanoffs Is an Incredibly Strange Experiment From the Creator of Mad Men
Next Up: Editor's Pick