Nickelback Knows Exactly How to Handle Your Very Mean Tweets

Following the 2018 American Music Awards, it was time for yet another edition of Jimmy Kimmel’s tried-and-true “Mean Tweets” segment featuring some of music’s biggest stars.

In the pre-filmed clip that aired during Tuesday’s episode of Jimmy Kimmel Live!, artists such as Miley Cyrus, Dua Lipa and P!nk read aloud some of the meanest things that people on the Internet have written about them, i.e., “Miley Cyrus is a smelly pirate hooker” and “P!nk is aging pretty well for a pig.”

But it was the members of Nickelback who handled the insult leveled against their band with the most grace.

After reading a tweet in which someone said they would rather stab themselves in the unmentionables than listen to another Nickelback song, frontman Chad Kroeger chuckled before adding, “That’s funny, that’s how we make Nickelback songs.”

Self-deprecating comebacks don’t get much better than that. 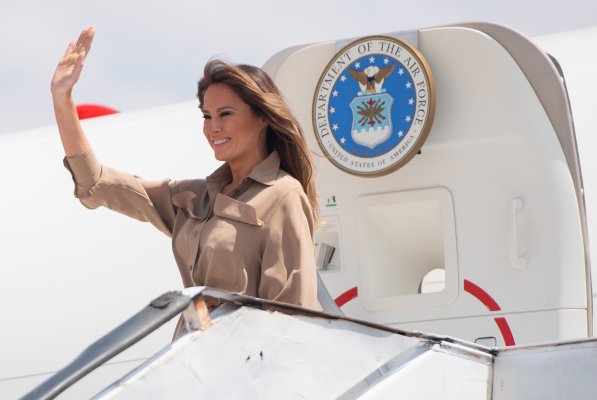 Jimmy Kimmel Has a Theory About Melania Trump's Trip
Next Up: Editor's Pick