Goals are fun to score, but chasing around a playful dog? That’s clearly even better. During a soccer game in the country of Georgia between rivals Torpedo Kutaisi and Dila Gori on Sunday, game play was temporarily put on hold when a stray dog made its way past fans, team members and referees alike and ended up crashing game play on the soccer field itself, running happily across the pitch and seeming oblivious to the momentary pandemonium it was causing with its rogue behavior.

Not to worry; the players appeared to be happy to take a moment to play with the pup in an attempt to wrangle it off the field. Ultimately, a goal keeper convinced the dog to lie down — but it clearly just wanted some belly rubs, as video can attest. Security guards were useless against the stray, too, as it snapped at their hands when they tried to get it away from its game.

After about three minutes, players managed to bring the pup to heel and carry on with their competition. The game may have ended in a tie between the two rival teams, but thanks to that interlude with the friendly pup, we can safely say they were all winners. 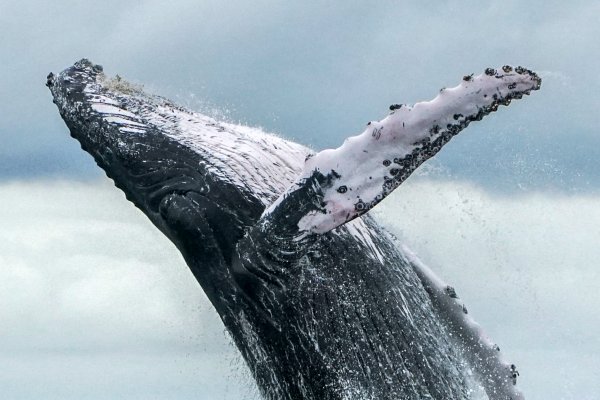 A Woman Called the Cops on Whales Because Safety Comes First
Next Up: Editor's Pick