President Donald Trump and U.S. Ambassador to the United Nations Nikki Haley — who announced that she will resign at the end of the year — touted their foreign policy achievements Tuesday, claiming the United States is more respected now than when Trump took office. But global opinion polls tell a different story.

“Look at what has happened in two years with the United States on foreign policy,” Haley said Tuesday in the Oval Office, seated beside Trump. “Now the United States is respected; countries may not like what we do, but they respect what we do. They know that if we say we’re going to do something, we follow it through.”

While there aren’t any surveys that directly measure respect for the United States, there are polls that have measured overall approval of the U.S. and confidence in its leaders, and they don’t back up her assertion.

Median global approval of U.S. leadership plummeted between 2016 (48%) and 2017 (30%), when Trump took office, reaching a new low, according to a Gallup poll of people aged 15 and older across 134 countries and areas.

The poll’s previous low was a median approval rating of 34% in 2008, under former President George W. Bush.

In Mexico, for example, favorable views of the U.S. fell from 66% at the end of Obama’s presidency to 32% in 2018. In Canada, approval of the U.S. fell from 65% under Obama to 39% under Trump. Notably, that did not prevent Trump from successfully renegotiating the North American Free Trade Agreement with Mexico and Canada this month, despite disagreements with leaders of both countries.

But surveys still show that global opinion of the U.S. differs from the image often promoted by Trump, who sparked laughter at the United Nations last month when he boasted that his Administration has “accomplished more than almost any administration in the history of our country.” 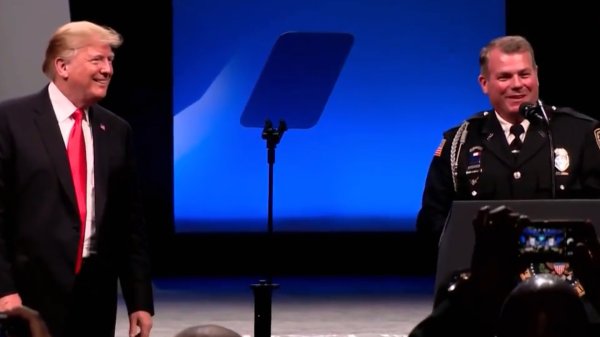