What Shakespeare’s Wife Could Tell Us

Shakespeare’s wife Anne Hathaway could solve many mysteries about her famous husband. She could tell us how he got his start as a playwright, how he negotiated work and family, how he grieved for the death of his only son, how he died, and whether or not he was a closet Catholic. She could reveal where he wrote his plays, if he was a family man dutifully traveling back to Stratford, or if he heartlessly abandoned his wife and children to seek fame and fortune. She could also tell us why her name is on their marriage bond, while the name “Anne Whateley” is on the marriage license. She could divulge what the term “second best bed” in Shakespeare’s will really meant — whether she was devastated to learn that this was her only bequest, as she is in Vern Thiessen’s play Shakespeare’s Will (2005), or if it was a term of endearment, a private shared sign of intimacy preserved forever.

Anne could tell us what kind of person Shakespeare was — a loving, doting father who regretted having to leave Stratford for the London theater scene? Or was he a philandering husband who escaped a nagging wife and three toddlers for the cosmopolitan urban life of a playwright? And what was the woman like who remained married for 34 years to the man who became the world’s most famous poet — was Anne witty, quiet, affectionate, angry, supportive, vengeful, inspirational or forgettable?

Gaps in the historical record have opened up opportunities for imaginative portrayals and reconstructions of Shakespeare’s wife, as readers and audiences have filled in the absences in order to create various Annes that can reflect particular conceptions of Shakespeare — a faithful married man, a libertine, a philanderer who abandoned his wife and children for another life in London, or a sham who exists only as a front for his wife’s literary achievements. As a result, in the nearly 400 years since her death, Anne Hathaway has enjoyed a vigorous afterlife in the imaginations of authors and readers worldwide.

Take, for example, Frank Harris’s Anne in his 1911 book The Women of Shakespeare. Here this Shakespeare was “bruised and beaten in the sordid strife of wit by his wife and was forced to fly” to London. At the end of his life, ”the passions of lust and jealousy and rage had at length worn out Shakespeare’s strength and he “crept home to Stratford” to die with his wife, who should be jettisoned to “the lowest hell of jealousy, rage and humiliation.”

Likewise, James Joyce’s Anne in his 1922 modernist work Ulysses, is the “ugliest Doxy in all Warwickshire,” “a boldfaced Stratford wench.” Joyce’s version is a haunting portrait of an elderly, haggard Anne with “a slack dishonoured body that once was comely, once as sweet, as fresh as cinnamon, now her leaves falling, all, bare, frighted of the narrow grave and unforgiven.”

In Anthony Burgess’s 1964 novel Nothing Like the Sun, this Anne forces Shakespeare to “bed slavery” until finally “hatred rose in him like black vomit, seeing that she had turned him into a manner of a whoremaster.” Burgess’s fantasy Anne is a “groaning old crone [going] about her housewifely tasks, busying herself with the making of sick man’s broth” and who would “sit scratching her spent loins through her kirtle, mumbling her book.”

Fortunately, the history of Anne’s afterlife has an equal number of positive Annes, derived from the same biographical pieces, often created by women writers, and most recently, designed for women readers. As early as 1887, editor Mary Cowden Clarke described Shakespeare as a “valuable friend of woman kind” with “keener insight than any other man-writer into womanly nature,” who “depicted women with full appreciation of their highest qualities,” and “vindicated their truest rights and celebrated their best virtues.” Cowden Clarke traced Shakespeare’s view of women to his wife Anne: “From the uniformly noble way in which Shakespeare drew the wifely character, we may feel certain of the esteem as well as affection with which his own wife inspired him.”

Harriet Beecher Stowe’s 1870 work, The True Story of Mrs Shakespeare’s Life (1870), offers a clever and loyal Anne. Stowe tells the story of an Anne who is a “gentle uncomplaining wife” and is so devoted to her famous husband that she is willing to become an accomplice to his murdering deeds. Shakespeare’s dark and guilty secret is that he lures rival playwrights to his isolated Warwickshire home, where he buries them underneath his mulberry tree to do away with his competition. In this tale, Anne demonstrates what Beecher describes as “the divine strength of love” and only reveals her husband’s secret when she is on her deathbed.

A deathbed confession also animates Arliss Ryan’s 2010 novel The Secret Confessions of Anne Shakespeare, which begins with Anne’s shocking deathbed revelation that she was the real author of the plays by Shakespeare. She refused to be left behind in Stratford, and the novel tells the story of her journey from abandoned wife to successful ghostwriter of her husband’s plays. This Anne even critiques Shakespeare, describing him as “pampered and pompous and overfond of himself. He is green and carries a head full of nonsense.” She uses Shakespeare to teach her how to read, eventually submitting to his advances in an exaggerated scene of almost comic prose where she cries out with the memorable line, “I love your sturdy lance . . . . Oh, Will, shake me with your spear.” This Anne writes the plays of “Shakespeare,” and takes on a number of lovers, including Shakespeare’s brother Gilbert, and eventually rival playwrights Christopher Marlowe and Ben Jonson.

Like many other similar works, Ryan’s novel takes great liberties with the possibilities of history to reshape Shakespeare’s private life in order to speak to women’s concerns. In her afterword, Ryan describes her goal as to let “Anne tell her side of the story.” This fantasy version of Anne — author of Shakespeare’s plays, lover of rival playwrights, successful working mother — disrupts narratives that consign Anne to a marginal role or that malign her as a shrewish, illiterate, nagging wife. While imagining Anne as a co-author extends well beyond plausibility, this version of her encourages readers to rethink the possibilities for Anne’s life, and to invest in Anne’s story.

In any given period, readers and audience have had available a plethora of Annes — some are loyal wives, others are scorned spouses — but they all serve as reminders of how unstable biographical knowledge about Shakespeare is, how intense the desire has been for glimpses into his private life, and how crucial Anne is for reshaping a life story to resonate with readers in various historical moments.

Katherine West Scheil, Professor of English at the University of Minnesota, is the author of Imagining Shakespeare’s Wife: The Afterlife of Anne Hathaway. 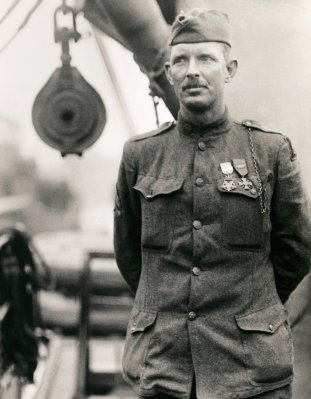