Humans Are Hardwired to Tell History in Stories. Neuroscience Tells Us Why We Get Them Wrong

A plastic model of a human brain, Philadelphia, 1960.
ullstein bild via Getty Images
By Alex Rosenberg

We love stories. We’d like to have all our knowledge packaged in stories — narratives with plots that involve people (and animals) with reasons and motives, carrying out their aims and designs, in cooperation or conflict, succeeding or being thwarted.

Science comes hard to most of us because it can’t really take that form. Instead it’s equations, models, theories and the data that support them. But ironically, science offers an explanation of why we love stories.

It starts with a challenge posed in human evolution — but the more we come to understand about that subject, the more we see that our storytelling instinct can lead us astray, especially when it comes to how most of us understand history.

Many animals have highly developed mind-reading instinct, a sort of tracking-device technique shared with creatures that have no language, not even a language of thought. It’s what they use to track prey and avoid predation. We needed to improve on this instinct just to survive when we emerged on the African Savannah at the bottom of the food chain in an environment of mega-faunal predators. This innate mind-reading instinct and language co-evolved, as spoken grunts and visual gestures invaded conscious experience, turning our genetically hard-wired mind-reading instinct into a quite different theory of mind that made cooperation and collaboration possible. That moved us up to the top of the Savannah food chain.

What is this theory of mind and why suppose it’s (nearly) innate?

The theory of mind is so obvious it’s nearly invisible: it tells us that behavior is the result of the joint operation of pairs of beliefs and desires. The desires are about the ways we want things to turn out in the future. The beliefs are about the way things are now. Desires and beliefs are related, roughly, as ends and means. The theory of mind turns what people do into a story with a plot by pairing up the content of beliefs and desires, what they are about. For example, you see someone heading to an ice cream stand and you explain it by telling yourself a story in which the person’s belief about where she can get ice cream pair up with her wanting to have some.

Psycholinguistics has shown that the theory of mind is necessary for learning language and almost anything else our parents teach us. Imitating others requires using the theory to figure out what they want us to do and in what order. Without it, you can’t learn much beyond what other higher primates can. And a theory you have to learn just to learn anything else must be nearly innate, at most triggered by some early childhood stimulus.

Using Punch and Judy shows, experimental psychologists determined that toddlers grasp the concept of belief even before they acquire the word. Other experiments show they play collaboratively in ways that require them to form hypotheses about their play-partner’s beliefs and desires. And, as evolutionary anthropologists show, chimps of any age don’t acquire these concepts, and can’t collaborate. The nearly innate theory of mind is what distinguishes us from the great apes. It’s what drives us from infancy onward to seek stories with plots, and as adults to form hypotheses about history.

But, like almost all solutions to evolutionary design problems, the theory of mind has defects. First, it only works well to predict the behavior of small numbers of others in our immediate environment over short periods of time. That was all we needed on the African Savannah. By now we need something much more accurate. Second, it was impossible for nature to avoid “overshooting,” tuning us into conspiracy theorists who see motives everywhere in nature, demanding stories instead of science, and encouraging the emergence of superstition.

The theory of mind makes us construct stories obsessively, and thus encourages us to see the past as a set of them. When popular historians seek to know why Hitler declared war on the U.S. (when he didn’t have to), they put the theory of mind to work: What did he believe and what was it that he wanted that made him do such a foolish thing?

The trouble is that the theory of mind is completely wrong about the way the mind, i.e. the brain, actually works. We can’t help but use it to guess what is going on in other people’s minds, and historians rely on it, but the evidence from neuroscience shows that in fact what’s “going on” in anyone’s mind is not decision about what to do in the light of beliefs and desire, but rather a series of neural circuitry firings.

The wrongness of the theory of mind is so profound it makes false all the stories we know and love, in narrative history (and in historical novels). Like Ptolemaic theory in physics, the theory of mind is not even on the right track, not even approximately correct. Neuroscience reveals that the brain is not organized even remotely to work the way the theory of mind says it does. The fact that narrative histories give persistently different answers to questions historians have been asking for centuries should be evidence that storytelling is not where the real answers can be found.

Eric Kandel, John O’Keefe, and May-Britt and Edvard Moser won Nobel Prizes in 2000 and 2014 for figuring out exactly how the brain encodes, stores and deploys environmental inputs to drive complex behavior. Kandel showed that the molecular biology of information storage is the same across all nervous systems. Experimenting on rats, O’Keefe and the Mosers revealed how it’s stored.

Crucially, they discovered that while different parts of the brain control different things, the neurons’ electrical signals don’t differ in “content”; they are not about different subjects. They are not about anything at all. Each neuron is just in a different part of the mid-brain, doing its job in exactly the same way all other neurons do, sending the same electrochemical oscillations. Which neurons specifically these oscillations come from and which they go to delivers the rat’s choices. We know how the brain does its job, and there is no room in this “story” for the content of neural circuitry. Neurons, singly or in vast groups, aren’t about anything. So the brain can’t “contain” beliefs at all.

If we really want to know how minds are made up, we are going to need neuroscience. If we really want historical knowledge we’ll need to use the same tools scientists use — models and theories we can quantify and test. Guessing what was going through Hitler’s mind, and weaving it into a story is no substitute for empirical science. But we are so much in love with storytelling that we don’t think we need scientific theories at all. We’ll continue to apply our Pleistocene theory of mind. We’ll go on using it to tell the stories we crave because it was long ago bred in our bones. And we’ll continue to make mistakes in the present when we use theory of mind to understand what happened in the past.

Alex Rosenberg is is R. Taylor Cole Professor of Philosophy at Duke University and the author of How History Gets Things Wrong: The Neuroscience of Our Addiction to Stories, available now from The MIT Press. 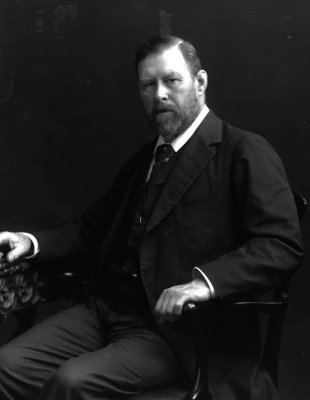 Bram Stoker Claimed That Parts of 'Dracula' Were Real. Here's What We Know About the Story Behind the Novel
Next Up: Editor's Pick