Jersey Shore cast member Mike Sorrentino, better known as “The Situation,” was sentenced on Friday to eight months in prison for tax evasion.

The MTV star and his brother Marc Sorrentino appeared alongside one other in federal court in Newark, N.J. Marc Sorrentino was sentenced first, receiving a two-year prison sentence for the same charge.

The Sorrentino brothers were first indicted in 2014 after failing to pay taxes on 8.9 million dollars in income between 2010 and 2012. They were handed additional charges in April 2017, according to an official statement by the Department of Justice. Both men pleaded guilty in January and were facing up to 5 years in prison. Prosecutors had sought a 14-month sentence.

“Lying to and defrauding the federal government is a very serious crime, regardless of a defendant’s celebrity status,” Principal Deputy Assistant Attorney General Zuckerman said in a statement, according to a Justice Department press release. “The Sorrentino brothers chose to use Michael’s fame to benefit themselves at the expense of the American taxpayer, and with the help of our federal partners, they were held accountable.”

Sorrentino’s attorney, Henry Klingeman told TIME, “Michael accepts the Court’s judgment. He is looking forward to marrying his college sweetheart, Lauren Pesce, next month, and moving forward together after he serves his sentence.”

In pre-sentencing documents obtained by the Associated Press on Thursday, attorneys for the MTV star said they hoped to get him probation, citing Sorrentino’s struggles with substance abuse during the time. Sorrentino’s lawyer was not immediately available for comment after the sentencing.

Jersey Shore first premiered in 2009 and ran for six seasons before ending in 2012. A majority of the original cast returned in 2017 for a new series titled Jersey Shore: Family Reunion, which is currently in its second season. 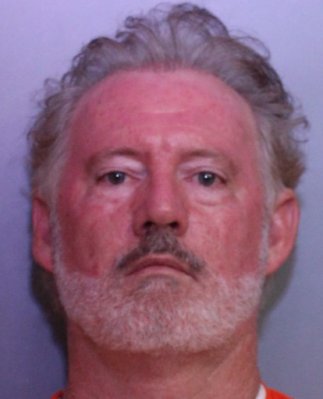 Florida Man Arrested After Threatening To Kill Politicians Who Vote No on Kavanaugh's Confirmation
Next Up: Editor's Pick