When Last Week Tonight aired on Sunday night, Brazilians were getting returns in the first round of their national election, which put a brash, conservative congressman in the lead. John Oliver had two words for them: Ele não, or not him.

Brazil is home to over 200 million people. It’s the fifth largest country on Earth and, according to Oliver, the majority of the population is “pissed off right now.” Not only is Brazil struggling to recover from the worst recession in the country’s history, but the crime rate has skyrocketed, and gun violence has spiked. The situation is so dire in Rio de Janeiro that in one video clip an expert said 30% of Rio residents have been caught in the crossfire.

As if that were not bad enough, Brazil’s government has been swept up in a gigantic corruption scandal that stemmed from an investigation with the code name “Operation Car Wash”. Oliver admits the code name “sounds like a Netflix original comedy starring Kevin James that for some reason you’ll be recommended because you watched one episode of Chef’s Table.” But Operation Car Wash has lead to charges for some 200 people and is “bigger than Watergate.” The widespread corruption has disheartened voters who have no faith in their leaders. One Brazilian dubbed Brazil “the country of misery,” which Oliver notes sounds more like the tourism slogan of Great Britain.

In the midst of this corruption scandal, Brazilians are electing a new president. The frontrunner of round one appears to be far-right candidate Jair Bolsonaro, a man some consider to be a Brazilian version of Donald Trump.

While former president and leftist Luiz Inacio da Silva was leading in the polls, he was jailed for corruption. His heir apparent, former mayor of São Paolo Fernando Haddad has yet to find a strong base. Bolsonaro does not have that problem.

“The nicest thing you can say about him is that he has not been implicated in a corruption scandals—yet,” says Oliver. Unfortunately that is the only complimentary thing Oliver could say about him, because “he is a terrible human being” who insists on doing “finger guns” all the time. He’s also been accused of horrifying homophobia, gross misogyny, racism and being pro-torture, and has waxed nostalgic about Brazil’s past military dictatorship. Oliver has the shocking clips to prove it.

Bolsonaro won the first round of the polls with a surprising lead, but he did not capture an outright victory Sunday. Oliver says that in the runoff, voters can still save themselves and choose anyone who is “ele não” or not him. 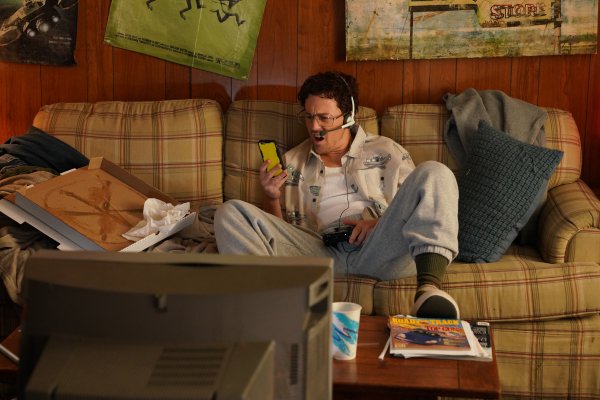 Saturday Night Live Shows the Dark Side of the New Presidential Alert System
Next Up: Editor's Pick