'Where Is Jamal?' Here's What to Know About Missing Washington Post Columnist Jamal Khashoggi

Turkey announced Tuesday that it will conduct a search of Saudi Arabia’s consulate in Istanbul as part of an investigation into the missing Saudi journalist Jamal Khashoggi, who was last seen entering the building on Oct. 2.

Turkish officials said Saturday they believed that Khashoggi, a columnist for The Washington Post critical of Riyadh, had been killed inside the consulate by a team sent “specifically for the murder,” and his body dismembered and taken out of the consulate in boxes.

Turkey alleged that 15 Saudi officials who arrived in Istanbul on Sept. 29 were involved in the killing, before departing the country shortly after. Investigators said that hours after Khashoggi’s disappearance, men were seen loading boxes from the consulate into a black vehicle.

Saudi Arabia denied involvement and says Khashoggi went missing after leaving the consulate. Turkey, in turn, demanded evidence that he had left the consulate, signaling a deepening split between the two Middle Eastern powers. Turkish President Recep Tayyip Erdogan said he was personally “chasing” the investigation.

With no sign of Khashoggi forthcoming, the Post published a blank space where his column would have run in the Oct. 5 print edition.

As the mystery deepens, here’s what to know.

Who is Jamal Khashoggi?

Khashoggi, 59, is among the Arab world’s best-known journalists and political commentators. He has lived in self-imposed exile in the U.S. since fleeing Saudi Arabia last year.

As a Post contributor, he frequently covered the Saudi regime’s repressive tactics, and was particularly critical of Crown Prince Mohammed bin Salman, who casts himself as a reformer but has arrested rivals and dissidents.

“It would be unfair and outrageous if he has been detained for his work as a journalist and commentator,” The Post said in a statement following his disappearance. “We hope that he is safe and that we can hear from him soon.”

In another statement, released after speculation swirled Khashoggi had been murdered, the Post‘s editorial page editor Fred Hiatt said if the news were true it would represent “a monstrous and unfathomable act.”

When did he go missing?

Khashoggi visited the Saudi consulate around 1:00 p.m. Oct. 2 to pick up marriage documents, according to the Post. His fiancée, a Turkish national, called the police when the consulate closed. Khashoggi had not reemerged.

He had told a friend the previous day he was concerned that he could be kidnapped after entering the embassy, The New York Times reported.

What has Saudi Arabia said?

In a statement two days after Khashoggi went missing, the Saudi consulate said it was cooperating with Turkish authorities to “uncover the circumstances” of Khashoggi’s “disappearance.”

But Khashoggi’s fiancée contests this account. “If this was true, where is he? … I went to the house and didn’t find him,” she told Reuters. “Where is Jamal?”

Saudi officials reportedly allowed journalists from Reuters inside the embassy on Saturday, opening cupboards and filing cabinets. “I would like to confirm that … Jamal is not at the consulate nor in the Kingdom of Saudi Arabia, and the consulate and the embassy are working to search for him,” consul-general Mohammad al-Otaibi told the reporters.

President Trump said on Monday he was “concerned” about Khashoggi’s whereabouts.

“I am concerned about that,” Trump said. “I don’t like hearing about it and hopefully that will sort itself out. Right now, nobody knows anything about it … There’s some pretty bad stories about it. I do not like it.”

The State Department called on the Saudi Arabian government on Monday to “support a thorough investigation” into Khashoggi’s disappearance and to make the results of that investigation public.

How have human rights groups reacted?

The Committee to Protect Journalists called Khashoggi’s disappearance “a cause for alarm.”

“If Saudi authorities surreptitiously detained Khashoggi it would be yet another escalation of Crown Prince Muhammad bin Salman’s reign of repression against peaceful dissidents and critics,” Human Rights Watch Middle East director Sarah Leah Whitson said in a statement. “The burden of proof is on Saudi Arabia to produce evidence for its claim that Khashoggi left the consulate alone, and that Saudi agents have not detained him.” 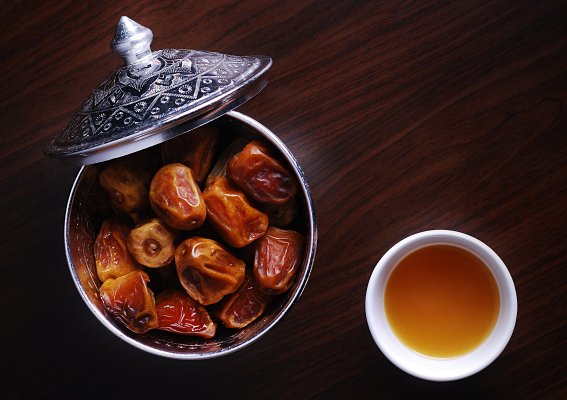 Saudi Arabia Arrests Man After Eating Breakfast With a Woman
Next Up: Editor's Pick