A Pakistani vendor fills a ice cream cone at a mall in Islamabad on Oct. 25, 2014.
Aamir Qureshi—AFP/Getty Images
By Eli Meixler

When an $18.6 million fortune was discovered in his bank account, a Pakistani ice cream vendor says he was stunned, and not in a good way.

The suspect sum, which was withdrawn from Qadir’s alleged account in 2015, is believed to be just one piece in a sprawling money laundering operation that took advantage of local laborers.

But the hapless sweets seller says he didn’t have an opportunity to enjoy the fruits of his unknowing collaboration.

“I am the most unlucky man in the world,” Qadir, 52, said in a television interview, according to the Guardian. “When I came to know about [the huge sum], it was no longer there.”

Qadir’s account is believed to be among at least 77 under investigation by the FIA as part of a massive, 35 billion rupee ($283 million) money laundering scheme that may implicate former president Asif Ali Zardari, according to the Guardian.

Zardari is currently free bail after a notice for his arrest was issued earlier in the month.

Zardari served as Pakistan’s president from 2008 and 2013 following the assassination of his wife, former prime minister Benazir Bhutto. He earned the nickname “Mr. Ten Percent” over bribery allegations.

Luckily for Qadir, the FIA was convinced of his ignorance about the exorbitant account by an undeniable defense: he could not sign for the 2.3 billion rupees transaction because he cannot write.

For Qadir, the entanglement with vast riches has only resulted in further poverty. The self-described, “penniless billionaire” told the Guardian he used to make about $4 per day selling ice cream, but now his mother is afraid he will be targeted for robbery or kidnapping due to rumors of his fictitious wealth.

“People started taunting me by saying, ‘Look a billionaire is selling falooda [an ice-cream topped desert],’” he said.

“Why would I be spending this miserable life if I have billions in my account?” he added.

The original version of this story misstated the sum found in Qadir’s bank account. It was worth the equivalent of $18.6 million U.S. dollars, not $31 million. 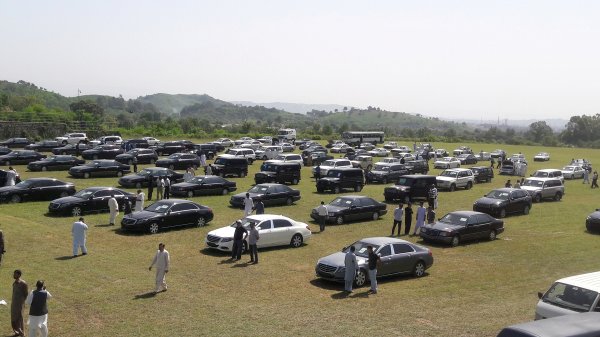 Pakistan Auctions Bulletproof Cars and Buffalo to Cut Costs
Next Up: Editor's Pick