Tyra Banks is using her famous “smize” to shine bright as she reprises her role as the Barbie-esque, glamazon doll Eve in Life-Size 2. The supermodel, who starred in the original television movie, Life-Size, 18 years ago, alongside Lindsay Lohan, will be bringing Eve back to a brand new audience with a sequel film that involves Eve helping a millennial CEO with a quarter-life crisis.

The model shared a sneak peek of the upcoming film with Entertainment Weekly, showing off Eve’s bold new looks and disclosing that the new movie will have a special remixed version of Eve’s very important contribution to pop culture, the song, “Be a Star.”

“It’s like a remix. You know the Diana Ross song ‘I’m Coming Out’ and how [the Notorious B.I.G. and] Puff Daddy did it over [in ‘Mo Money Mo Problems’]?” Banks, who had a short-lived bout as an aspiring singer, said. “It’s like that, or when Jay-Z did ‘Hard Knock Life.’”

See a first-look of Tyra as Eve in Life-Size 2 below. 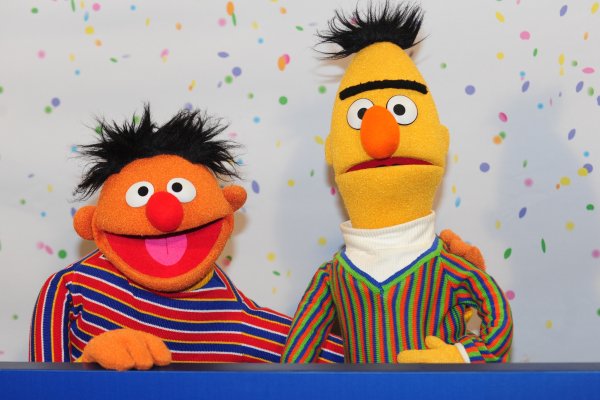 Sesame Street Writer Says He Was Misinterpreted on Bert and Ernie's Sexuality
Next Up: Editor's Pick