Review: Tom Hardy Is One Good Reason to See Venom

In the grand scheme of all movies ever made—including, say, F.W. Murnau’s exquisite 1927 silent film Sunrise and the totally useless 2015 Entourage movie—the line between a super-awesome Marvel movie and a bad one is cellophane-thin. Venom, the latest Marvel entry—that is to say, the latest movie based on Marvel material—is neither the most super-awesome Marvel movie nor the worst. It exists in that micro-millimeter’s breadth of in-between. Venom has energy, style and Tom Hardy—all good things. But it doesn’t really make sense, a bad thing. It will earn some money at the box office and people will probably talk about it for a week, maybe two. This is as it should be: Expending more energy on it would be overkill.

You could do worse, though, than spend an hour or two with Hardy as, first, investigative journalist Eddie Brock and, later, as the human host of an extraterrestrial being known as Venom. Hardy’s Brock is an appealing, swaggering TV journalist who investigates homelessness, icky landfills and other injustices; he’s a regular guy who wears hoodies and lots of braided bracelets, and he has a smart, beautiful lawyer girlfriend, Anne (Michelle Williams). But Brock loses his job when he digs a little too deeply into the inner workings of the Life Foundation, a bioengineering company run by Carlton Drake (Riz Ahmed), an affable genius who’s busy importing “symbiotes” from outer space, life forms that he hopes to meld with human beings for God-knows-what reason. Anne is implicated in Brock’s journalistic shenanigans and loses her job. The two break up. Brock falls apart.

But things perk up for Brock when his already pretty buff bod is overtaken by Venom, a crabby but somewhat principled symbiote who makes his wishes known in a subterranean growl. (Hardy also supplies Venom’s voice.) Sometimes Venom is inside Brock, but you can’t see him—you only hear him giving orders or making witty declarations: “Hungry!” “On my planet, I am a loser, just like you!” And sometimes Venom inhabits Brock fully, transforming him into a towering specimen of a man, with glistening obsidian skin and elongated eyes the color of egg whites. His permanent grin consists of multiple rows of very pointy teeth; now and then a long, slithery tongue pokes through. Venom isn’t really evil; he’s more like the id come to life. And he half-likes, half-pities his new host Brock, so he’s happy to help him do stuff—like get his girlfriend back.

If or when you see Venom, you will witness a messy, not very interesting battle between Venom and another, more malevolent symbiote. There’s also a sloppily photographed and edited car-and-motorcycle chase, with vehicles moving fast but also illogically. It’s supposed to be exciting but isn’t. There are some cool special effects: The symbiotes in search of hosts, encased in glass-walled medical-type containers, are glittery blue-gray blobs that look like an unholy alliance of slime mold and those toys where you use a magnet to move iron-shavings around to create facial hair on a bald cartoon gent. They’re kind of neat to look at. You will have to ignore the fact that sometimes the symbiotes kill their hosts, sometimes they just use them temporarily and then jump out, and sometimes they move in and stay for good. There’s no rhyme nor reason to any of it.

It should also be noted that Venom isn’t strictly part of the Marvel Cinematic Universe, but rather an MCU offshoot produced by Sony. So if that means anything to you, there’s that. It’s also worth pointing out that Venom’s director, Ruben Fleischer, has made better films before: His debut was the rather delightful 2009 Zombieland, starring Woody Harrelson, Jesse Eisenberg, and Emma Stone, before she was superstar.

But Venom at least has a sense of humor about itself. And though the generally wonderful Michelle Williams has little to do (and the also wonderful Jenny Slate appears in a much smaller role, with almost nothing to do), Hardy, with his sensitive, everydude mug, is fun to watch. Brock staggers through the city in which the story is set, San Francisco, arguing with his inner demon Venom about what they should eat next (humans or Tater Tots?) or what, exactly, they should do about the troublesome Drake. On the Marvel scale of greatness, with 1 being the least pleasing and 10 the most amazing, Venom might be around a 3.5, a 4 if you’re in a really good mood. Which means it might not be nearly as bad as Entourage. But it’s nowhere close to Sunrise. 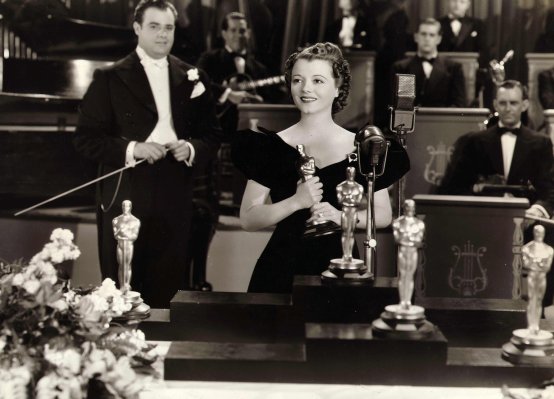 What to Know About the Original 'A Star Is Born'—and the Other Versions, Too
Next Up: Editor's Pick