A Letter to White Women Who Support Brett Kavanaugh

Ideas
By Eve Ensler
Ensler is a Tony Award–winning playwright, an activist and the author of The Vagina Monologues; she founded V-Day and One Billion Rising.

On Oct. 2, I watched the President of the United States mock a woman who had recounted the trauma of being sexually assaulted in front of the world, on live television. And as he did so, a recent poll rattled around my head. The survey found that, while white men regularly supported Kavanaugh the most, white women also did so significantly more than Hispanic or black people overall. For example, 45% of white women said Kavanaugh should be confirmed, compared to 30% of Hispanic people and 11% of black people. Like so much of these recent weeks, it made me reflect. But even more so, it made me want to write to those women. Not lecture them. Not denigrate them. Just simply to speak to them directly and to try to explain my feelings. This is what I wrote:

Last night when I saw Donald Trump mock Dr. Christine Blasey Ford, I couldn’t help focusing on the women behind him who cheered and laughed. I felt like I was falling into a familiar nightmare. It compelled me to reach out to you.

She sided with him because she was brought up never to question a man. She was taught to serve men and make men happy. She was trained not to believe women. It was only much later, after my father died, that she was able to acknowledge the truth of my childhood and to ask for my forgiveness. It was only then, too late, that she was able to see how she had sacrificed her daughter for security and comfort. She used those words. I was her “sacrifice.”

Some people when they look at this video of women laughing at Dr. Ford, will see callousness. I see distancing. I see denial. I have worked on ending violence against women for 20 years. I have traveled this country many times. I have sat with women of all ages and political persuasions. I remember the first performances of my play The Vagina Monologues in Oklahoma City, when half the women in the audience came up to tell me they had been raped or battered. Most of them whispered it to me, and often I was the first and only person they had told. Until that moment, they had found a way to normalize it. Expect it. Accept it. Deny it.

I know the risk many of you take in coming out to say you believe a woman over a man. It means you might then have to recognize and believe your own experience. If one out of three women in the world have been raped or beaten, it must mean some of you have had this experience. To believe another woman means having to touch into the pain and fear and sorrow and rage of your own experience and that sometimes feels unbearable. I know because it took me years to come out of my own denial and to break with my perpetrator, my father. To speak the truth that risked upending the comfort of my very carefully constructed life. But I can tell you that living a lie is living half a life. It was only after telling my story that I knew happiness and freedom.

I write to you because we need you, the way I once needed my mother. We need you to stand with women who are breaking the silence in spite of their terror and shame. I believe inside the bodies of some of those women who laughed at that rally were other impulses and feelings they weren’t expressing.

Here is why I believe you should take this stand with me. Violence against women destroys our souls. It annihilates our sense of self. It numbs us. It separates us from our bodies. It is the tool used to keep us second-class citizens. And if we don’t address it, it can lead to depression, alcoholism, drug addiction, overeating and suicide. It makes us believe we are not worthy of happiness.

It took my mother 40 years to see what her denial has done and to apologize to me. I don’t think you want to apologize to your daughters forty years from now. Stop the ascension of a man who is angry, aggressive, and vengeful and could very well be a sexual assaulter. Time is short. Call your senators. Stop laughing and start fighting.

With all my love, 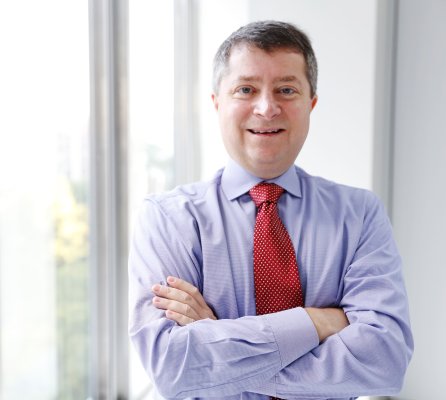 Teaching Lessons
Next Up: Editor's Pick