LONDON, ENGLAND - APRIL 05: Melissa Cochran wife of Kurt Cochran who was killed in the attack attends Service of Hope at Westminster Abbey on April 5,2017 in London, United Kingdom. The multi-faith Service of Hope was held for the four people killed when Khalid Masood committed an act of terror in Westminster on Wednesday March 22. Survivors, bereaved families and members of the emergency services joined The Duke and Duchess of Cambridge, Prince Harry, the Home Secretary, Amber Rudd and London Mayor, Sadiq Khan, in the congregation. (Photo by Dan Kitwood/Getty Images)
Dan Kitwood—Getty Images
By Precious Adesina

A tourist from Utah whose husband was killed in a terrorist attack in London last year says she feels pity, not hate for the man who killed five people and injured dozens.

Melissa Cochran, from West Bountiful, Utah spoke to the BBC this week about how her husband, Kurt Cochran, sacrificed his life to save her during the March 2017 attack. She said terrorist Khalid Masood “just didn’t have the compassion for humans that Kurt did and for that I feel sorry for him.”

Masood killed Kurt Cochran, a musician, along with three others when he plowed his rental car into pedestrians on London’s Westminster Bridge. He later fatally stabbed an unarmed police officer outside the Palace of Westminster before he was shot and killed by a protection officer.

Surveillance footage showed Kurt Cochran, who has two adult sons, pushing his wife away from the path of the vehicle. Melissa Cochran suffered a broken leg, three broken ribs and a fractured back in three places along with further head and thigh injuries.

The couple, who arrived in London on the day of the attack as part of a trip, were celebrating their 25th wedding anniversary. Instead, the widow spent a month recovering in hospital and continues to mourn the loss of a “compassionate” and “kind” partner.

“He changed my life forever and many people that day, including his own family. But, I still stand where I don’t hate him,” Cochran said of Masood. 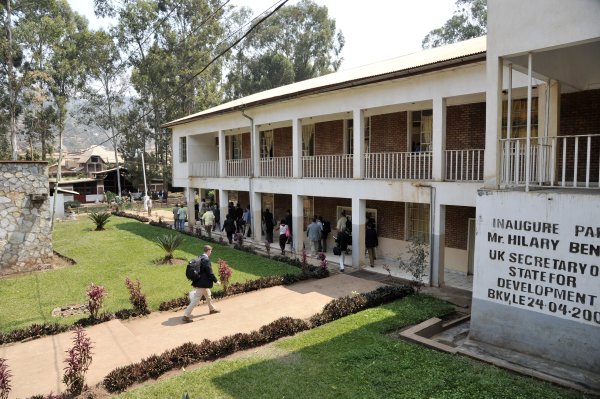 'A Strong Message in a Troubling Time.' Staff at Denis Mukwege's Congo Hospital Rejoice at Nobel Prize
Next Up: Editor's Pick