Brasilian writer Paulo Coelho photographed in the building where he lives in Geneva, Switzerland.
Niels Ackermann
Ideas
By Lucas Wittmann
Lucas Wittmann is a Senior Editor at Time.

The Brazilian novelist, one of the world’s best-selling authors, on nostalgia for his hippie days and the forms that love takes

Your new novel, Hippie, is based on your experiences exploring South America and Europe in the 1970s. Why write this story now?

We have lost the ability to hear what our neighbors have to say. We have polite conversations, but at the end of the day, we don’t hear them. There was a moment in time when we were full of hope and we thought that we were going to change the world.

Do you think there was a dark side to hippie life?

There were drugs and sex, but I wouldn’t call those things the dark side. A lot of money was spent in promoting how drugs were dangerous to the world. They are–but I think they are more dangerous now than they were then.

What did your generation fail to understand about society?

My generation understood that once a hippie, always a hippie. Of course, I could not be a hippie today, sitting comfortably here in Geneva. But my values are still the same: simplify your life, eat healthy, respect women. My generation understood the mind and our desire to journey–but then it came time to support ourselves. And it became difficult to broker a peace between the two.

Does President Donald Trump represent the flip side of hippie culture?

I have no comment about Trump. Trump is an American problem. I hate when people start talking about my country and try to give opinions about how we manage it. People need to learn how to survive without America being responsible for everything.

What is essential about the story of your main character in Hippie, also named Paulo, and Karla, the woman he travels with?

We were two people who were very curious about life and all of the possibilities. Karla is the woman who asked me to go with her to Nepal. I went because experience was the most important thing in life–and it still is. Karla and I were able to journey and willing to put ourselves at risk. The book talks about me being in jail and tortured because the military dictatorship did not understand us.

The two have a complicated love for each other in the novel. Have you ever been in love?

I don’t remember not being in love. There are very different types of love. There’s Eros, love for another person. There’s Philia, love for wisdom. And there is Pragma, which is love that goes beyond everything. Having said that, I have been married for 38 years. I cannot see my life without my wife. Every time I go to sleep, I look at her and she is already sleeping. And I say to myself, “Oh my God, this is the greatest blessing in my life, to have found the person who understands me.”

Looking back on the 30 years since your best-known book, The Alchemist, was published, how would you say your life has changed?

The Alchemist changed everything in my life. It was a very slow process that I started when I was 40, so I had time to adjust. I did not become nuts because I went from zero to having a lot of money. What you have to do is learn how to express your soul. And this is what I am still doing. I hope I will write until the day I die.

Is there any chance we’ll see a movie adaptation of one of your books soon?

No. I never see my books as movies. Of course, I was stupid enough, or it was vanity, that when The Alchemist was released in America, it was immediately sold to Hollywood. A book is not improved when it becomes a movie. A book is something that stimulates creativity in the reader. The movie–you have everything already. 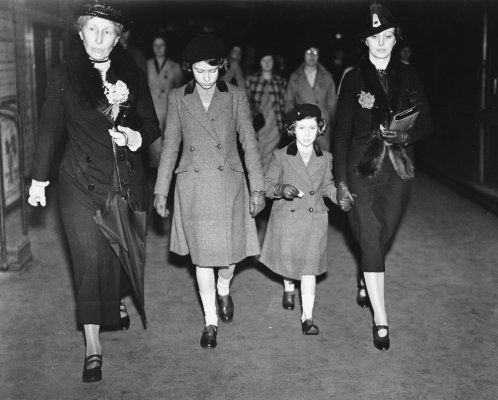 Queen Elizabeth's Childhood Governess Wrote a Smash-Hit Memoir. It Wrecked Her Relationship With the Royal Family
Next Up: Editor's Pick