After two years of waiting for an immigration interview, an Iranian man in Colorado reportedly decided to take the matter into his own hands, filing a lawsuit against Attorney General Jeff Sessions for what he claims is an unusually long delay.

Ali Nejatbaksh Azadani filed a lawsuit Tuesday arguing that his two year, two month and 28 day wait for a pre-naturalization interview violates federal standards, The Denver Post reports. Azadani, who has been living in Aurorora, Colorado legally since 2011, says that the holdup has prevented him from becoming a naturalized U.S. citizen.

Azadani says he submitted a citizenship application on July 5, 2016 and has been waiting since then for a “biometrics appointment.” The legal time limit for such an appointment is 180 days, making Azadani’s 800-day-plus wait a violation of the Administrative Procedures Act, according to the lawsuit.

The suit requests that a federal judge order immigration authorities to give Azadani a naturalization interview within 30 days, in addition to unspecified monetary damages.

Last year, President Donald Trump signed an executive order restricting travelers from six Muslim-majority countries, including Iran. In December 2017, the Supreme Court upheld the order, under which Iranian nationals can still enter the U.S. under valid student visas but are subject to “enhanced screening and vetting requirements.” 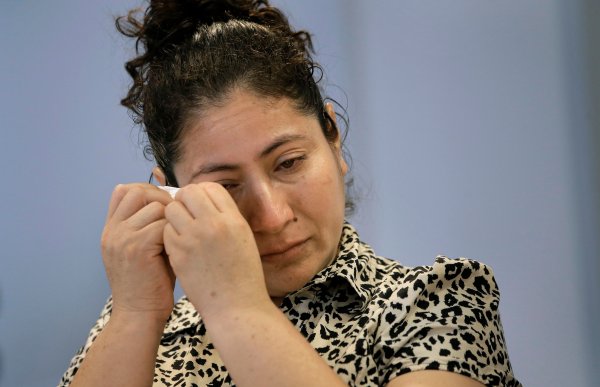 Migrants Get a Second Chance at Asylum. But It's Still an Uphill Battle
Next Up: Editor's Pick