Here's What Stood Out About the Trump Family's Taxes, According to 2 Former Federal Tax Lawyers

President Donald Trump’s business dealings and tax history are in the spotlight again after an extensive New York Times report pulled back the curtain on his father’s family businesses.

In response to the bombshell report — which Trump dismissed as “very old, boring” and a “hit piece” — the New York State Department of Taxation and Finance announced it was looking into claims that the President’s father, Fred Trump, used unreported gifts and a series of other maneuvers to avoid hundreds of millions of dollars in taxes.

The findings in the Times report contradict the mythology Trump created about himself: that he’s a self-made billionaire who became a real estate mogul through a $1 million loan from his father. According to the Times, Trump received $413 million from his father across the decades. The report found that in all, the Trump parents transferred more than $1 billion of wealth to their children. Under the 55% tax rate of the time, that amount could have produced $550 million in taxes. The Trumps paid $52.2 million in taxes, about 5%, according to the Times.

(TIME could not independently verify the facts of the report. In a statement, Trump’s lawyer, Charles Harder, called the report’s findings of potential tax fraud “100% false.”)

The 13,000-word Times report is based on decades-old tax documents and includes a detailed picture of the late Fred Trump’s real estate empire.

Here’s what two former federal tax attorneys said interested them most about the new report on Trump’s family finances.

Authorities investigating the matter are likely to focus on claims where fraud could potentially be established, according to Scott Schumacher, a professor of law at the University of Washington School of Law and a former trial attorney for the Department of Justice Tax Division.

A prime example, Schumacher says, is All County Building Supply & Maintenance, a company the Trumps established in 1992 that was really a company “only on paper,” according to the Times. “They would look that company — that’s one where things flowed through. There were invoices and things like that that were inflated,” Schumacher tells TIME.

The Trump family formed All County ostensibly to buy supplies for the buildings Fred Trump owned. According to the Times, All County was instead used to take millions of dollars by marking up purchases that were already bought by Fred Trump’s employees. The money amounted to untaxed gifts that were transferred to Donald Trump and other family members who were the owners of All County, the Times report alleged. According to the Times, Fred Trump also used the inflated invoices to justify raising rent on thousands of his tenants.

Elizabeth Maresca, a tax law professor at Fordham University School of Law and a former trial attorney for the Internal Revenue Service’s Office of Chief Counsel, points to another claim in the Times story, in which Fred Trump exchanged Donald Trump’s $11 million in unpaid debt to him for a $15.5 million investment in Trump Palace.

In such a case, the IRS can look through the series of transactions between the Trumps to determine whether they were illegal. While each individual transaction between Fred Trump and Donald Trump may have been technically legal, the IRS could find that as a whole, it amounts to tax fraud, Maresca says. Whoever is implicated in the fraud would have to pay a civil penalty.

“You can look at what values were in a period of time and look at what the shares in a company were being transferred for,” Maresca tells TIME. “Selling shares at a discount to family members is usually reconfigured into a gift.”

How Trump is responding

Trump’s attorney Charles Harder called the claims “highly defamatory” in a statement to the Times.

“There was no fraud or tax evasion by anyone,” he said. “The facts upon which The Times bases its false allegations are extremely inaccurate.”

At a White House press briefing Wednesday, Sarah Sanders said of the piece: “It’s a totally false attack based on an old recycled news story. I’m not going to sit and go through every single line of a very boring 14,000-word story. The only thing I will say the article did get right is it showed the president’s father actually had a great deal of confidence in him.”

Trump also spoke out against the story on Twitter, calling it a “hit piece.” 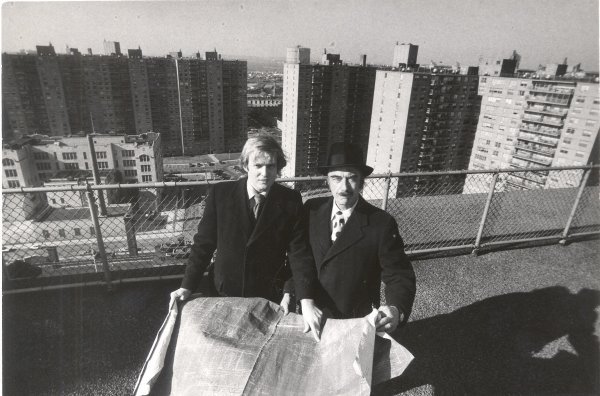