The FBI Is Investigating Christine Blasey Ford's Allegation Against Kavanaugh. But Her Lawyers Say the Agency Hasn't Interviewed Her

The FBI’s supplemental background investigation into sexual misconduct allegations against Supreme Court nominee Brett Kavanaugh has so far not included an interview with Dr. Christine Blasey Ford, the first woman who came forward and who testified in front of the Senate Judicial Committee last week, according to Ford’s lawyers.

Attorneys for Ford consequently sent a letter to FBI Director Christopher Wray and FBI General Counsel Dana Boente on Tuesday, which said that although Ford had pledged her cooperation wth the investigation after President Donald Trump authorized it on Friday, the organization has not responded to their inquiries and has not identified the agents responsible for conducting the inquiry.

“It is inconceivable that the FBI could conduct a thorough investigation of Dr. Ford’s allegations without interviewing her, Judge Kavanaugh, or the witnesses we have identified in our letters to you,” Ford’s attorneys, Michael Bromwich and Debra Katz, wrote in a letter obtained by TIME. Kavanaugh has emphatically denied all accusations of sexual misconduct.

Ford’s attorneys wrote in the letter to the FBI that they only learned through the media that the FBI might not have plans to interview Ford. NBC News reported on Tuesday afternoon, citing a “source familiar with the Trump administration’s thinking,” that the FBI has no plans to interview Ford as part of the investigation. The outlet reported that the White House deemed an interview with Ford unnecessary since she had already testified under oath that Kavanaugh sexually assaulted her when they were teenagers. Senate Republicans have privately expressed similar sentiments. “We hope that this reporting is inaccurate,” Ford’s attorneys wrote.

A member of Ford’s legal team said they had still not heard from the FBI. The FBI did not immediately respond to request for comment.

The complaints from Ford’s attorneys are the latest controversy to emerge since the FBI began its investigation five days ago. Reports had initially emerged that the White House was limiting the scope of its investigation, but Trump said on Monday that the FBI should be allowed to interview anyone it deems necessary. Deborah Ramirez — the second woman to come forward with sexual misconduct allegations against Kavanaugh, claiming in an interview with the New Yorker that he exposed himself to while they were drunk in college — has been interviewed by the FBI. But Ramirez’s attorney said on Tuesday that she had provided the names of 20 witnesses who could corroborate her account, and he was unaware that the FBI had contacted any of them. “Though we appreciated the agents who responded on Sunday, we have great concern that the FBI is not conducting—or not being permitted to conduct—a serious investigation,” Ramirez’s attorney, John Clune, wrote on Twitter Tuesday.

Broadening the scope of the investigation, however, has potential to undermine the timeline set by Senate Majority Leader Mitch McConnell, who has said repeatedly that there would be a vote on Kavanaugh’s confirmation this week.

–With reporting by Philip Elliott/Washington 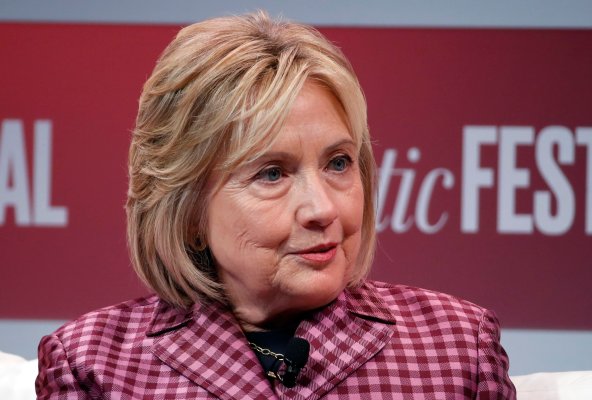