An aerial view of the Pentagon building photographed on Sept. 24, 2017.
Bill Clark—CQ-Roll Call,Inc.
By W.J. Hennigan

The envelopes, which arrived Monday, were given to the FBI for further analysis and all U.S. Postal Service mail received at the screening facility “is currently under quarantine,” according to Christopher Sherwood, a Pentagon spokesman.

The mail facility is located near the Pentagon, but not inside the five-sided military headquarters building. Therefore the discovery of ricin “poses no threat to Pentagon personnel,” Sherwood said. The envelopes were addressed to Defense Secretary James Mattis and to Chief of Naval Operations Admiral John Richardson, according to a CNN report.

Ricin is a natural toxin that occurs in the husks of the castor bean, which can be grown all over the world, after it is ground into a powder. Making a pure, and thus more potent, form of the substance is difficult. However, impure versions can be made using equipment available in most kitchens.

“Ricin works by getting inside the cells of a person’s body and preventing the cells from making the proteins they need,” according to the Centers for Disease Control and Prevention. “Without the proteins, cells die. Eventually this is harmful to the whole body, and death may occur.”

The U.S. military experimented with using ricin in the 1940s as a possible weapon against adversaries. More recently, terror groups have been drawn to using ricin in attacks. In June, German authorities said they thwarted a ricin terror plot by a Tunisian man living in Cologne suspected of being in touch with ISIS. A month earlier, French authorities announced they had disrupted a possible ricin attack when it raided an Egyptian-born student’s residence after intercepting messages on social media.

Earlier this year, multiple suspicious packages, containing “potential destructive devices,” were sent to several U.S. military facilities across the Washington D.C.-area. The FBI later arrested Tranh Cong Phan, at his home in the Seattle-area, less than 24 hours after the packages were discovered. 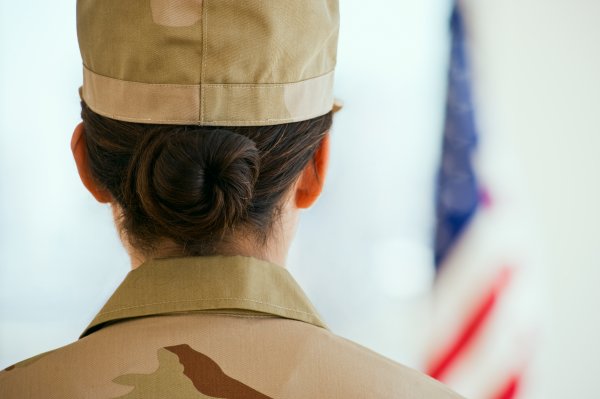 More than 500 Sexual Assaults Happen in a Single Year at Some Military Installations
Next Up: Editor's Pick