If you’ve spent any time on the internet over the past year or so, you’ve probably come across the “distracted boyfriend” meme, a humorous appropriation of a stock photo, that a Swedish court recently found to be sexist.

But now there’s a new meme with a similar vibe in town — and this time it’s a candid shot of a bride, a groom and a very fit beachgoer. The shutter on the outtake must have clicked just as the groom has turned his head in the direction of the Speedo-wearing swimmer, away from his bride in her white dress. And the internet can’t help but raise its collective eyebrow at the narrative captured in the three-person shot, calling it an “improved version” of the distracted boyfriend of yore. After all, not every meme features the drama of swimwear and romance.

Like its predecessor, the “distracted groom” proves to be a flexible image; just slot in any word or picture on top of the beachgoer’s face, and you have an instant meme of whatever new, appealing thing is making the rounds or grabbing your attention these days.

It seems that the image first popped up on Reddit over the weekend, and has since migrated over to Twitter, where meme fame is made. 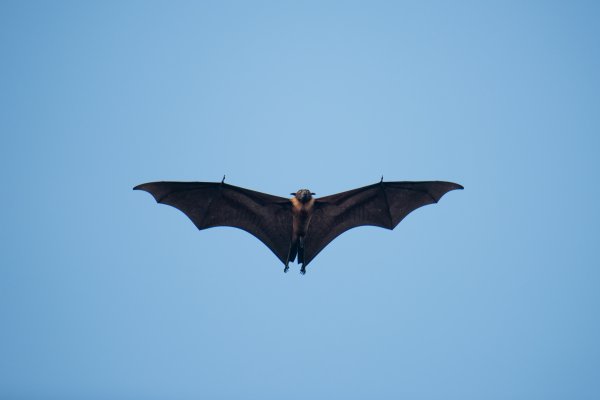 A Rogue Bat Flapped Around Trump's Rally to Announce Halloween Season to Everyone
Next Up: Editor's Pick