A record number of people registered to vote in the midterm elections on National Voter Registration Day last week, surpassing the previous record set during the 2016 presidential campaign.

More than 800,000 people registered to vote this year as part of National Voter Registration Day, which fell on Sept. 25. The corresponding campaign had aimed to register 300,000 people.

“Some us were saying, ‘Hey, maybe we’ll hit 400 or 500,000,” says Brian Miller, who coordinates National Voter Registration Day in his role as executive director of Nonprofit VOTE. “No one that I know of thought we would surpass 800,000 voter registrations. That surprised all of us. But I think it’s a sign of the interest in the midterms and the interest in having this unified day of action.”

Miller says he does not have a demographic breakdown of the 800,000 voter registrations.

Voter turnout tends to fall in midterm election years. But both Democrats and Republicans have been emphasizing the high stakes of the 2018 midterms, as a Supreme Court confirmation battle, Robert Mueller’s ongoing investigation into Russian meddling and the future of the Trump Administration’s agenda hang in the balance.

Former President Barack Obama has warned that the consequences of not voting in November will be “dangerous.” The students who organized the March for Our Lives spent the summer on a bus tour, rallying and registering young voters.

“I think people are realizing that midterms do matter and that it’s vital for people to get engaged,” Miller says. “Beyond that, we just had better coordination on our end. We were able to get a lot of major digital partners all hitting at the same time. And thirdly, we just had more partners than ever before. At the grassroots level, we had more libraries, more universities, more nonprofits.”

Some of the campaign’s more than 4,000 partners included Facebook, Google, Reddit and Twitter. “It might not be so much that they’re a new partner. It’s that that partner upped their engagement level,” Miller says.

He says in previous years, for example, Twitter had promoted tweets about voter registration, but this year, the app placed a message at the top of users’ feeds, encouraging them to #BeAVoter and including a link to register. Twitter said the number of tweets using the day’s official hashtag doubled this year, compared to 2016.

“Democracy works best when more people participate and vote,” Miller says. “That’s a shared value that brings everyone together.” 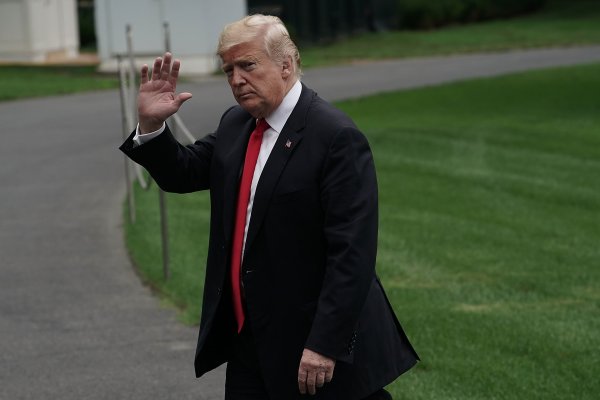 Trump Sees Midterm Boost in Kavanaugh
Next Up: Editor's Pick