Queen Elizabeth's Childhood Governess Wrote a Smash-Hit Memoir. It Wrecked Her Relationship With the Royal Family

The early years of Elizabeth II’s reign were marked by a flurry of memoirs written by members and ex-members of the royal household, usually with help from ghostwriters. The first into this field of broken confidences appeared while her father, George VI, was still king, and in circumstances which are still something of a mystery. In 1949, Marion Crawford retired after 16 years’ service with the royal family as governess to the two princesses, Elizabeth and Margaret. That year Crawfie, as she was called by the family, was approached by an American mass-circulation magazine, the Ladies’ Home Journal, with an offer for her memoirs of between $6,500 and $85,000, depending on whom you believe. Her husband, a bank manager who was always happy to make capital from her royal connections, urged her to take up the offer, but she went to Queen Elizabeth for advice.

The queen’s reply, given in a letter of 4 April 1949, was unequivocal: “I do feel, most definitely, that you should not write and sign articles about the children, as people in positions of confidence with us must be utterly oyster. If you, the moment you finished teaching Margaret, started writing about her and Lilibet [the family’s pet name for Elizabeth], well, we should never feel confidence in anyone again.”

The queen did agree that Crawfie could act as an adviser and be paid by the Ladies’ Home Journal, as long as her name didn’t appear. The need for her to obtain royal consent to any material she provided seems to have been taken for granted.

But the contract which Crawfie signed contained a surprisingly vague clause which allowed for publication “without Her Majesty’s consent (possibly with only the consent of Princess Elizabeth, or no consent), and under your own name.” During the summer of 1949 the ex-governess collaborated with a ghostwriter on her “affectionate memoir.” It was shown to Queen Elizabeth, who was appalled and told the U.S. publishers of the Ladies’ Home Journal that Crawfie “has gone off her head.” That didn’t stop them from publishing. The articles, which went into enormous and mawkish detail about her years bringing up Elizabeth and Margaret, appeared in America under her name at the beginning of 1950 and, after Woman’s Own bought the serialization rights for £30,000, in the United Kingdom as well. They were a sensational success. Later that year the articles were turned into an equally popular book, The Little Princesses: The Intimate Story of HRH Princess Elizabeth and HRH Princess Margaret by Their Governess.

The Little Princesses is gossipy but quite innocuous by today’s standards. When Crawford joined as governess the Duke and Duchess of York’s household at the Royal Lodge, Windsor, there was already a nanny, Clara Knight, known as “Alah,” who had been nanny to the duchess. She was helped by two sisters, Margaret and Ruby MacDonald, who were her undernurse and nursemaid. Both remained with the family. “Bobo,” as Elizabeth called Margaret MacDonald, became the queen’s dresser and one of her closest confidantes, serving her for 67 years. Mrs Knight and the MacDonald girls had charge of the children’s health, their baths, their clothes, while the governess looked after them from nine until six and had charge of their education, with occasional help from a French teacher.

The nursery secrets that Crawfie revealed were hardly earth-shattering. Both children had a bad habit of biting their nails; Margaret had a bad habit of biting her sister. The governess shared details of the teenage princesses’ bedroom furnishings: pink and fawn for Elizabeth, with flowered chintz and plain white furniture; salmon-pink and clutter for Margaret. She laughed over the poor state of the royal palaces: “Life in a palace rather resembles camping in a museum. These historic places are so old, so tied up with tradition, that they are mostly dropping to bits.”

At times, though, she crossed a line. She speculated on whether the king and queen were disappointed at not having a boy. She spoke of how embarrassed the king was when the girls showed him any affection: “He was not a demonstrative man [and] Lilibet took after him.” She discussed at length Prince Philip’s protracted courtship of Princess Elizabeth and her parents’ inability to decide if he would make a suitable husband for her. And she emphasized, in excruciating prose, her close relationship with the girls:

The broadsheet press was savage. Things like lessons, said one reviewer, “did little enough to interrupt [Crawfie’s] life of happy importance.” Described as “Princess Elizabeth’s close friend and confidante,” snarled another, “she manifestly has clear views on how confidences should be treated.” More significantly, Queen Elizabeth and her daughters were furious. They severed all contact with their old governess, who became a nonperson within the royal circle, a traitor, a betrayer of confidences. On her retirement, George VI had given her a grace-and-favour house at Kensington Palace; she left it for her native Scotland in the autumn of 1950, ostracized and brought to the edge of a nervous breakdown. That didn’t prevent her from following up the success of The Little Princesses with a succession of royal revelations, often serialized in magazines before appearing in book form. She wrote, or at least lent her name to, lives of Queen Mary in 1951, Queen Elizabeth II in 1952, and Princess Margaret in 1953, and gave her name to a regular column on royal affairs in Woman’s Own. This column was always written six weeks ahead of time, a fact which was Crawford’s undoing. The 16 June 1955 issue of Woman’s Own carried a piece under her name describing the annual Queen’s Birthday Parade and Royal Ascot. Both events had been cancelled at the last moment because of a rail strike. She retired to Aberdeen, where she died in 1988. The royal family did not send flowers. 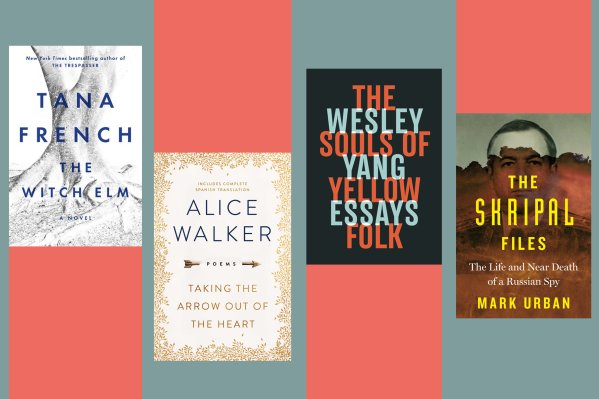 14 New Books to Read This October
Next Up: Editor's Pick